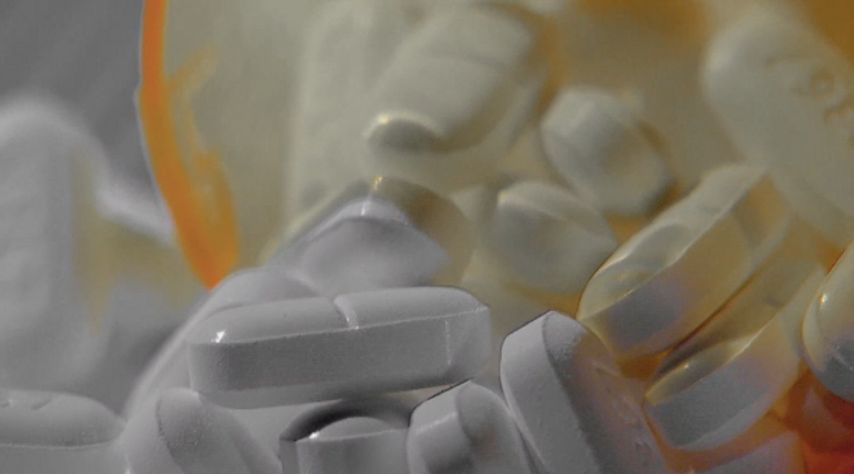 The state saw a 12.2% increase in drug overdose deaths from May 2018 to May 2019, according to the Center for Disease Controls and Prevention.

"To be honest, it's hit suburban populations. The numbers have also grown signficantly," addiction counselor Patrick Pierson said. "The number of deaths have risen to an incredible amount."

The Arthur Community Health Center received $167,000 to use toward opioid research and care. It was one of 27 health centers in state and one of four in mid-Missouri to get federal grant money last year.

Pierson works at the Arthur Community Center. He said the center has been able to use the money to help with medication costs and hiring more clinicians and a specialized case worker.

"I don't think this is something that's going to be solved in a year," Pierson said.

Missouri is also above the national average of opioid prescriptions, according to the Centers for Disease Control and Prevention.

"Anybody that has chronic pain has the potential to become addicted to an opioid," Arthur Community Health Center CEO Terry Mackey said.

Most states regulate how many opioids doctors are prescribing a single patient across the entire state. Missouri is the only state without a statewide regulation system.

Pierson said he is not exactly sure why there is not a statewide program.

"There's just not ever been anyone who has stepped up to do it," Pierson said.

Pierson said there are several ways patients can cure their pain without drugs, including physical therapy, acupuncture and yoga.

"It takes a commitment, and it's a different philosophy than most people are accustomed to, especially in the addiction world," Pierson said.

While opioids were not Detienne's drug of choice, she said that is not what is important.

"Regardless of your drug of choice, if you can't find it, you will find whatever drug will take the pain away," Detienne said.

Detienne created a foundation in 2017 to combat addiction in the community. The Williams C. Potter Foundation hosts events and support groups for recovering addicts and survivors of domestic violence and sexual assualt.

"Everything you do, especially with addiction, you have to do as a community," Detienne said. "Even if you don't know an addict you're still affected by it."

She said she knew other addicts could get better. They just needed support.

"They've gone to jail. Their families... they've kind of given up. They have nowhere to go. So where do they go? They go back to the streets," Detienne said.

Detienne said mid-Missouri needs more effective treatment programs. She said most of the programs are too short. They have long waitlists and are too expensive for most people to afford, according to Detienne.

Looking ahead, Pierson said he hopes to see more housing for recovering addicts to help people stop the cycle.

"Even though the numbers might not be there...the ones who are taking advantage of their resources are getting well, and returning back into productive members of society and they're not dead, which is huge," Pierson said.

For resources on ways to get help or more information, visit https://dmh.mo.gov/alcohol-drug.