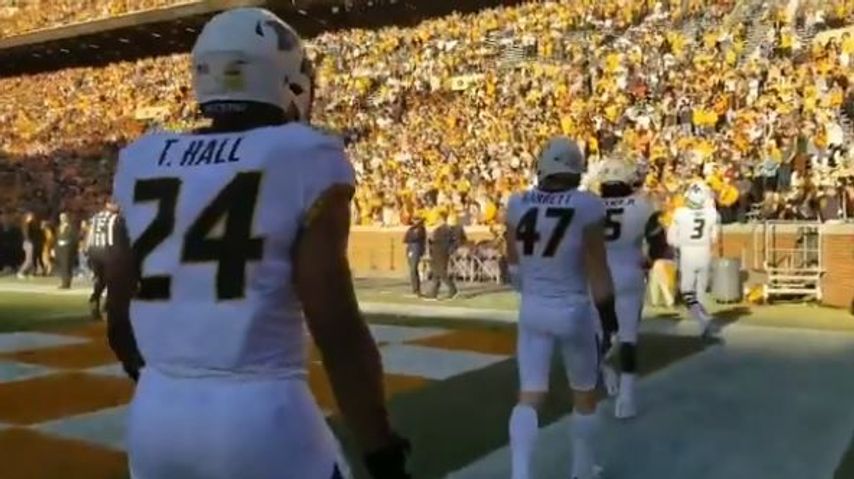 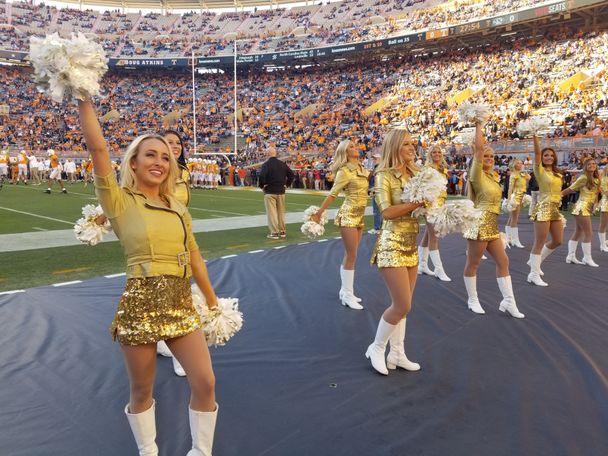 Missouri offensive coordinator Derek Dooley got some revenge in the process, making his first coaching appearance since being fired as head coach of Tennessee from 2010-2012.

The Missouri offense moved the ball well early, but struggled to finish drives. The Tigers settled for two field goals from junior Tucker McCann in the opening quarter to take a 6-0 lead.

Meanwhile, the Tiger defense didn't allow a first down until the Volunteers' 4th drive of the game. MU out-gained UT 117 to -17 in the opening frame.

Tennessee coach Jeremy Pruitt made a change at quarterback in the second, going to Keller Chryst. His first drive went 69 yards on six plays, culminating with a 6-yard rushing score from Ty Chandler to give the Volunteers a 7-6 lead.

The lead was short lived as the offense asserted itself, scoring touchdowns on the next three possessions.

The Tigers marched down the field in just 2:24 of playing time to score on a Tyler Badie 4-yard rushing touchdown, the freshman's second of his career.

The Volunteers countered with a field goal, but a 8-yard strike from quarterback Drew Lock to another freshman, Dominic Gicinto, extended the lead to 19-10.

"We have some young guys that can really, really play," senior receiver Emanuel Hall said. "Tyler Badie, Jalen (Knox), really all of them. There isn't one that can say they're not a good football player.  Missouri's future is looking bright for sure."

Chryst's first big mistake came on the following possession, when cornerback DeMarkus Acy jumped a route for an interception and returned it 76 yards deep into Volunteer territory. The Tigers capitalized with a touchdown pass to Johnathon Johnson with just 29 seconds in the half, giving MU a 26-10 lead at the break.

The Missouri offense didn't take it's foot off of the gas in the second half, outscoring Tennessee 24-7.

Senior quaterback Drew Lock spread the ball around all night, making completions to 10 different targets. He finished with two touchdowns and moved into second place in SEC passing all-time.

"You always give them points of the game and emphasis at the beginning of the week," coach Barry Odom said. "That was huge for us. Our margin of error is very very slim, so when we can have that in our favor, that helps. "

The win was the Tigers' fourth this season against teams from the state of Tennessee, having previously beat UT-Martin, Memphis and Vanderbilt.

"Coach Odom told me, Emanuel (Hall) and JJ (Johnathon Johnson) that we were the Tennessee state champions this year," senior right tackle Paul Adams said. "That was fun."

Missouri is now 9-2 in the month of November under Barry Odom. The Tigers conclude their regular season Friday at 2:30 p.m. against Arkansas.

Junior running back Damarea Crockett sprained his ankle in the first quarter, forcing him out of the game and into a walking boot.

A targeting penalty on Tennessee's Shanon Reid gave senior returner and wideout Richaud Floyd a concussion in the fourth quarter.

"You look across the sideline and a certain individual is arguing the call," Lock said after the game. "I don’t know how you argue any call like that. You all can speculate who that was. It said a lot about someone."