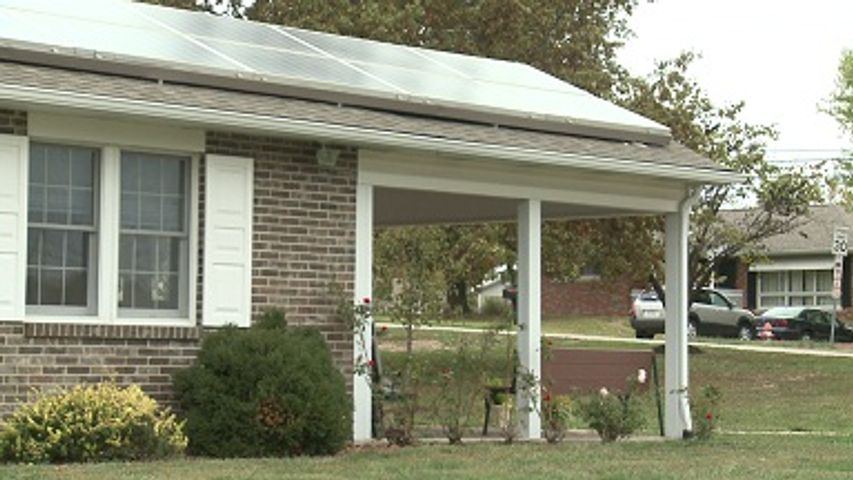 JEFFERSON CITY - Missourians are looking to the sky for cheap, renewable energy and some experts think solar power just might be the answer.

"I like to say that the sun is the only nuclear reactor we need, and it's 93 million miles away. Very safe, clean energy that's going to last billions of years into the future," said Missouri Solar Operations Manager Jeff Owens.

In Jefferson City, an increasing number of businesses are taking advantage of solar power and the benefits that come with it.

As a part of the high renewable standards agreed upon in Proposition C, investor-owned utilities like Ameren and Kansas City Power and Light give back two dollars per kilowatt of solar energy that is installed in structure, whether commercial or residential.

A 30 percent federal tax credit is also available to those who have installed solar energy systems.

"We actually have an energy bill with a net zero balance, because we use solar energy, and because we get so many credits and rebates back. It just cancels out," said Missouri Solar employee Vaughn Prost.

Owens hopes to see more solar power use in the future, since right now, according to solar experts only one percent of the market is being tapped.

"It's definitely not the only answer, but solar power is worth investing money in for the future," said Owens. "Solar is Missouri's most abundant energy source. We might not have a lot of wind, or oil, or coal, but we do have the sun. We should take advantage of that."