Missourians Celebrate 50th Anniversary of the March on Washington 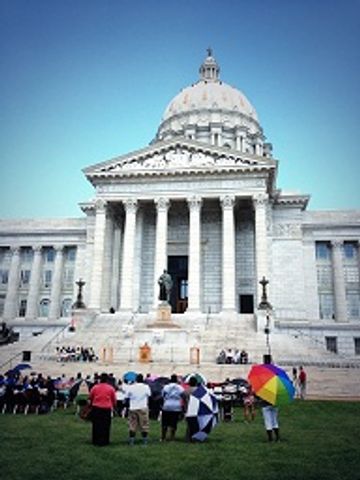 JEFFERSON CITY - Missourians celebrated the 50th anniversary of the March on Washington Wednesday afternoon on the state capitol grounds.

On August 28, 1963, Martin Luther King, Jr. delivered his "I Have a Dream" speech from the steps of the Lincoln Memorial calling for an end to racism in America.

A major theme of hope surrounded Wednesday's event. Attendees and speakers agreed that while there have been significant changes made since Martin Luther King, Jr. made his speech, there is still more that needs to be done to improve race relations.

Committee Chairman Walter J. Pearson said everyone needs to "Be the Dream". He said in order to do that we all must be educated, be prepared to be utilized and be unselfish.

The event ended with a moment of silence across the capitol grounds.