Missourians Demand "Put the Green" Back in Budget 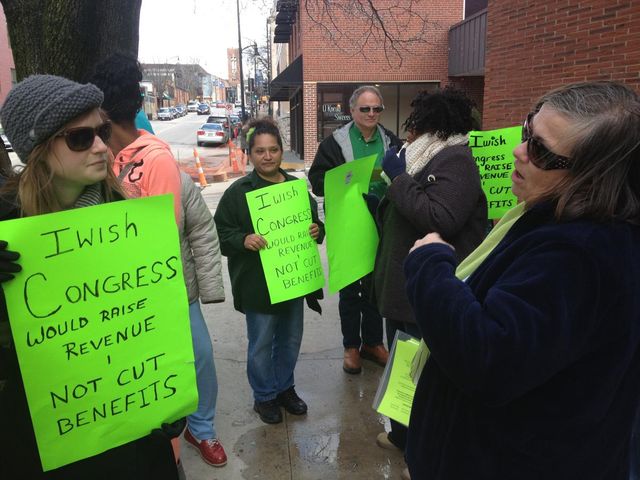 COLUMBIA- Local protesters gathered in front of Bank Of America Monday to call upon US Senators Roy Blunt and Claire McCaskill to speak out and take action regarding budget resolutions proposed by Paul Ryan and Patty Murray.

Robin Ackree, Director of GRO said, "We want our senators to put the 'green' back in our budget. We want them to make corporations pay their fair share."

Along with requesting bigger banks and corporations like Bank of America have a "fairer tax system."

KOMU has reached out to both Blunt and McCaskill but has not heard back.

Blunt and McCaskill are scheduled to vote on the budgets next week.