Missourians do some unique things in the way they speak 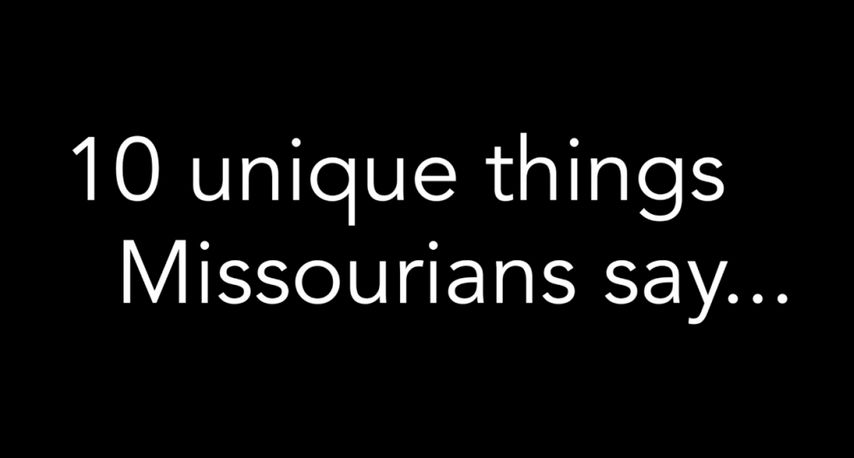 COLUMBIA - We’re all aware of the infamous controversy about the two distinct pronunciations of the state name. Is it Missouri or Missourah? There are many things about the way we speak that are unique to our state, according to language experts.

“Missouri represents a dialect of American speech that came from England more than 400 years ago. The pilgrims had that accent. When the pilgrims left England in the 1600s, we Americans (and those who eventually moved to Missouri) kept talking that way but England began to evolve in the language. So it’s not that we say it wrong, we say it older.”

Think of words that rhyme with clock.

People in England may pronounce “clock” and “not” with the same vowel as Missourians use for "caught."

In Missouri and other areas of the United States, we say those words with a vowel similar to "ah".

The difference is in the way we move our mouth. The English drop their jaw down more often whereas Missourians pop their cheeks up, Carter said.

Missourians also have a quirky way of speaking during everyday conversations.

“We sometimes say letters that don’t exist in the written word, put new letters that weren’t in the word in the first place or skip them entirely," Carter said. "Missourians tend to slur words together as well.”

For example, some Missourians do the following:

There are also occasions where Missourian dialects divide.

“How you say the name of our state identifies where in the state you are from. So if you say ‘Missourah’ with an ‘uh’ sound at the end, that tends to be south of Highway 70; if you say ‘Missouri’ like ‘spaghetti’, that marks you as an eastern state person, a St. Louisan,“ Carter said.

Not only is the divide related to specific words but it also relates to what words we use.

“Above Highway 70 traditionally people will call a soft drink “pop”, below Highway 70 and into the east, they will say soda, and in the deep south, they will call everything a Coke,” Carter said.

All over the world, people have created derogatory terms for people they consider less than pleasant. In St. Louis, that term is “hoosier”. To everyone outside of St. Louis, a hoosier is considered someone from Indiana.

“The history seems to say that there was a manufacturing plant that moved to St. Louis from Indiana. The people who were native had some resentment to the people who had moved in and the differences in culture they looked down on. So the began to say anyone that was not doing something proper were called a hoosier,” Carter said.

She said people always ask her who has no accent.

"Well the thing is everyone does. No matter how you speak, it can connect you back to the place you came from,” Carter said.