Missourians Duck, Cover and Hold On for Statewide Earthquake Drill 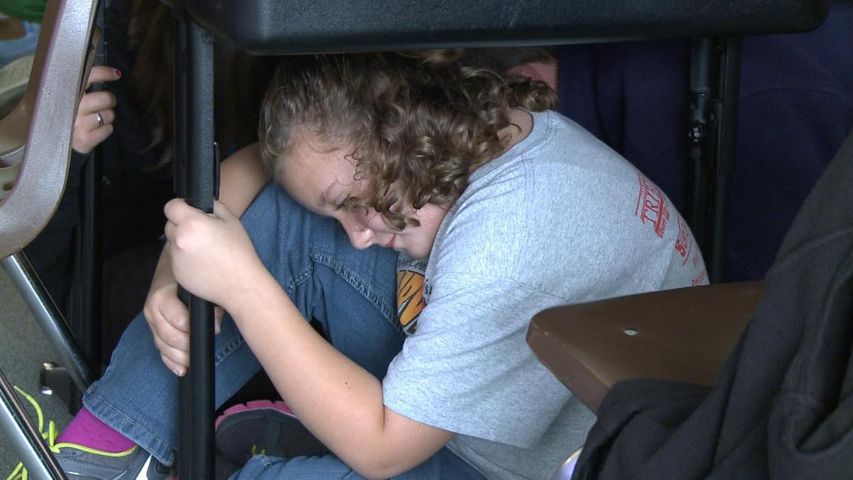 BOONE COUNTY - Earthquake preparedness was the goal across Missouri Thursday. Schools, businesses and other organizations took part in The Great Central U.S. Shakeout.

Ten states participated in the drill. According to the shakeout website, more than 396,000 people participated in Missouri. At 10:17 each participant dropped, took cover, and held on.

Steve Besemer, earthquake program manager with the State Emergency Management Agency said while some rarely feel them, there are parts of Missouri where there are earthquakes recorded every other day. That activity is seen in the southeast part of the state near the bootheel. Besemer said this region sees the most seismic activity east of the Rocky Mountains. Even though some may never feel an earthquake, Besemer said  people need to be prepared.

"The think about earthquakes is you don't get any sort of warning ahead of time. When you think you're in an earthquake that's not the time to start figuring our what am I supposed to be doing," Besemer said.

Students at Midway Heights Elementary School took part in the earthquake drill. Principal Angie Garzen said the goal of these drills is to make the response second nature. Fifth grade student Madison Holmes said these drills are a lot easier than they used to be.

In 1812, Missouri felt one of the largest earthquakes to ever hit the continental United States.