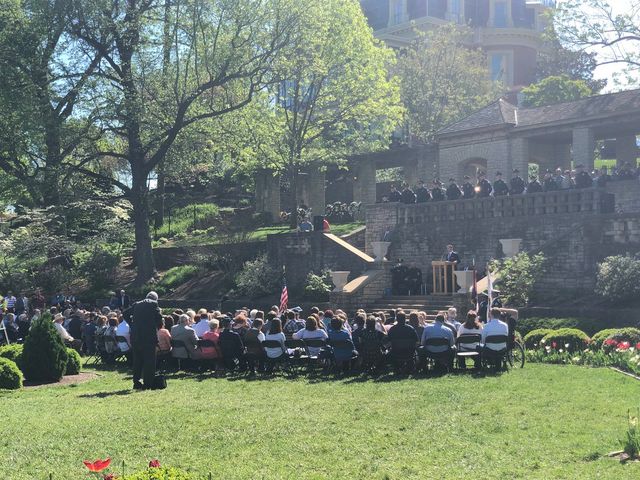 Gov. Greitens attended the service and gave the keynote speech to the families of the officers. This is Greiten's first appearance since legislature voted to call a special session earlier this week.

Two Missouri officers died in the line of service in 2017. Four officers were added to Jefferson City's memorial Wall of Honor, the two who died in 2017 as well as two officers who died in previous years.

"There is no nobler career than law enforcement, and the heroes we honor today were the best among us," Department of Public Safety Director Drew Juden said. "We will always remember the lives they lived, the values they died protecting."

Mark Edwards of Jefferson City Police said every year he feels a strong connection between Missouri officers and their families.

"The camaraderie between the officers and the families is strong," said Edwards. He said the families of different fallen officers network and find hope in one another.

This is the 27th memorial service.

On Friday night, a candlelight vigil was held at the memorial to remember all of Missouri law enforcement who died during service.

The memorial is located north of the state capitol.