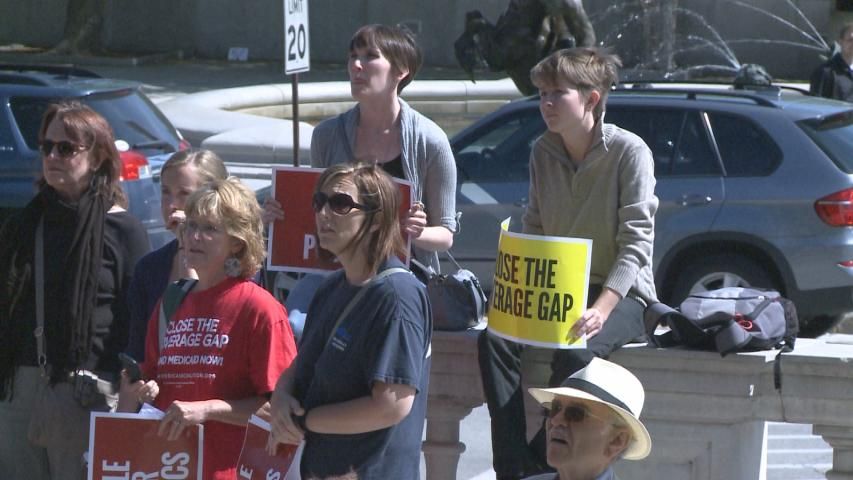 JEFFERSON CITY-With the 2015 legislative session ending Friday, a lot of organizations are lobbying to get bills passed by the end of the week.

The bill would help the state monitor what prescription pills people receive and how many they take. The program would also help create an electronic monitoring database for pharmacists and medical professionals.

Rep. Holly Rehder (R-Sikeston), a supporter of this bill believes prescription drug monitoring is important, since anyone can become addicted to drugs, especially opioids. Her daughter became addicted to opioids after taking them to relieve pain for an injury she received while working.

"You don't see a child raise their hand in school and say hey I want to be a drug addict when I grow up," Rehder said. "That's not what happens. This addiction is very innocent, a good majority of the time with opioids."

"It is absolutely invasive," said Rep. Jay Barnes (R-Jefferson City). "A person who has done nothing wrong has a constitutional right to privacy and government aught not be creating dragnets to have every Missourians prescription drug information."

Currently Missouri is the only state in the U.S. to not have a prescription drug monitoring program.

In another push for a medical-related bill to pass, supporters of Medicaid expansion held a rally in and around the capitol building Wednesday.

Around one-hundred protesters marched through the halls and around the capitol building pleading for legislators to pass expansion of Medicaid. Right now, Missourians who work at low-level jobs that don't make enough money to pay for health insurance aren't able to qualify for Medicaid, since they make too much. This means they go without health coverage for ailments they may have, or have to go to the emergency room, which costs the state and hospitals. Medicaid expansion would help 300,000 Missourians receive health care coverage.

Historically, Republicans are against Medicaid expansion saying expansion will not have a strong economic impact for the state and it could have negative long-term costs for Missouri.

In an e-mail sent to KOMU in late April, Representative Chuck Bayse (R-Rocheport) said "it is no secret that the Medicaid program in the state of Missouri is a broken system. Medicaid is unable to serve all of those who are currently enrolled into the system. It is my belief that expanding a broken system will do very little good for the people of Missouri. The legislature is working every day to find solutions to this broken system and to reform the Medicaid program."