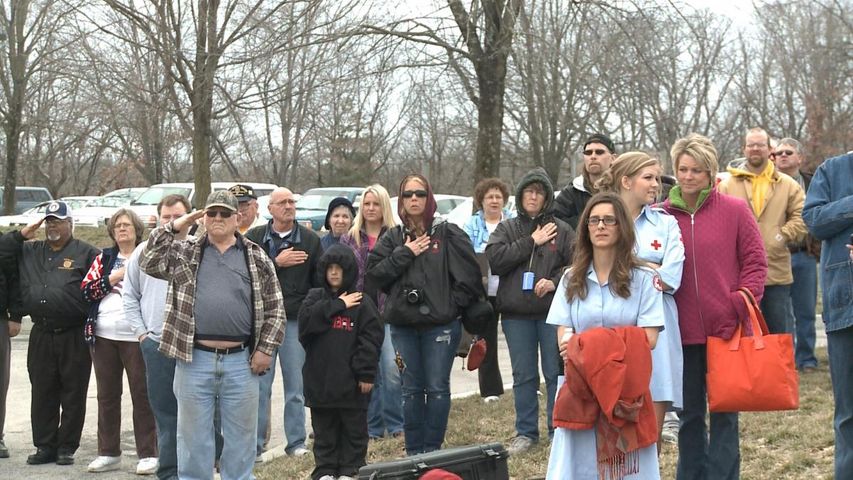 In Jefferson City, Gov. Jay Nixon honored four Missourians who served in the conflict, one each from the Army, Navy, Air Force and Marine Corps. U.S. Army 1st Sgt. Stephen T. Hill fought with the 23rd Infantry Division in Vietnam for seven months before he was wounded. U.S. Navy Capt. John Albright served for two years aboard the USS St. Louis. Air Force MSgt. Michael Puckett served around the world during the conflict as well as during the 1991 Gulf War. Marine Sgt. David Coleman served with the 3rd Marine Division and was wounded at Khe Sanh.

Hill told KOMU 8 News he was wounded by mortar fire and spent the rest of his service in Korea after that. He said he was treated very poorly when he came home, a problem he said happened all over the country. He said it was a great honor to have been included in the inaugural ceremony but it could not make up for the treatment he and his fellow veterans endured.

"I appreciate the ceremony, but it's 40 years too late," he said.

At Mark Twain Lake, veterans and their families gathered at a memorial next to the visitors' center. An honor guard fired a 21-gun salute and an American Legion bugler played Taps during a ceremony a little after 1 p.m. In attendance was Bob Burditt, who served as an Army legal investigator in Vietnam from 1971 to 1972. Burditt said his job involved looking into legal claims against the United States ranging from oil spills to the shooting of water buffalo.

When Burditt returned home, he said a crowd of hippies was waiting for his group at the airport and threw bottles filled with urine at him. The treatment he received from veterans' organizations was little better. He said veterans at some American Legion posts did not view the Vietnam veterans as equals due to the Vietnam War's official status as a police action. For that reason, Burditt said he paid his dues but did not participate for many years. Over time, he said the nation's treatment of Vietnam veterans has improved. He said the nation does a much better job of helping returning veterans out at an earlier stage today.