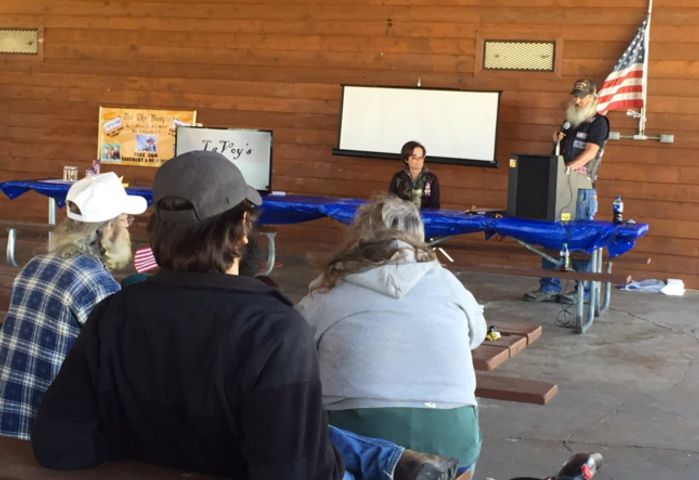 JEFFERSON CITY - Some Missourians joined a national movement by rallying in opposition to government land grabs Saturday at Memorial Park in Jefferson City.

According to the Congressional Research Service, the federal government owns about 28% of the land in the United States.

People at the event talked a lot about LaVoy Finicum, a man who was fatally shot by state police in Oregon after the FBI pursued his vehicle in January. Finicum was one of the leaders in the Oregon standoff.

The rally organizer, Patty Sittner, said she was following the Finicum situation as an outsider and felt she needed to spread the word.

"I felt very heartbroken and felt like I had to stand up and have my voice heard," Sittner said.

Similar rallies were held in many other states today. Sittner and others at the event said the Finicum incident sparked the idea for the rally, but the rally was to speak out against all government land grabs.

One of the agencies that oversees federally owned land is the Bureau of Land Management (BLM).

"The BLM comes into ranchers and farmers lives doing contracts with them to do upkeep on their farms or ranches. They come in nicely and, after they have been there for a certain amount of time, they start taking the land over," Sittner said.

Sittner said she found many people that were at the rally through social media. People at the rally said they would like to have more events and get more people in Missouri involved.