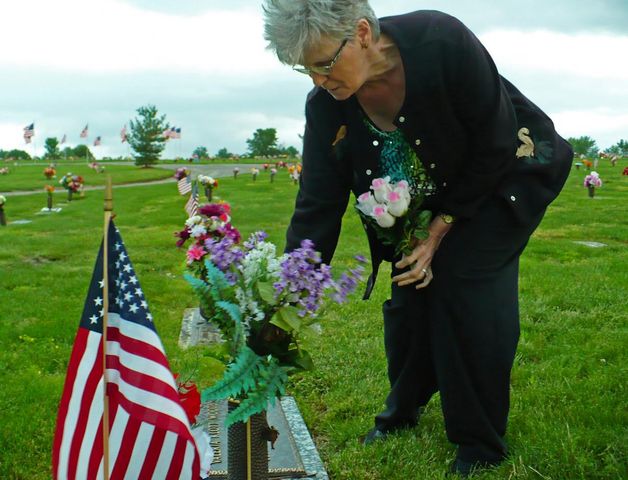 FULTON - Despite rainy weather, many Missourians used Memorial Day to remember thier loved ones.

Fulton Resident Debby Sachan visited Callaway Memorial Gardens to place flowers at several grave sites. One in particular was Korean War Veteran Francis Wood. The veteran passed away in August 2011. Sachan said Memorial Day is a time to remind those she has lost she still loves them.

In many cases, Memorial Day is the start of pool season. However, historically, the holiday began in 1866 following the Civil War. More than 70,000 Americans were killed during the war. The tradition to place flags at grave sites of the fallen started in the town of Waterloo, New York. It was then declared a national holiday called Decoration Day.

This year American Legion placed about 600 flags at Callaway Memorial Gardens in honor of the veteran's service to the country.