Missourians should watch out for IRS scam calls this tax season 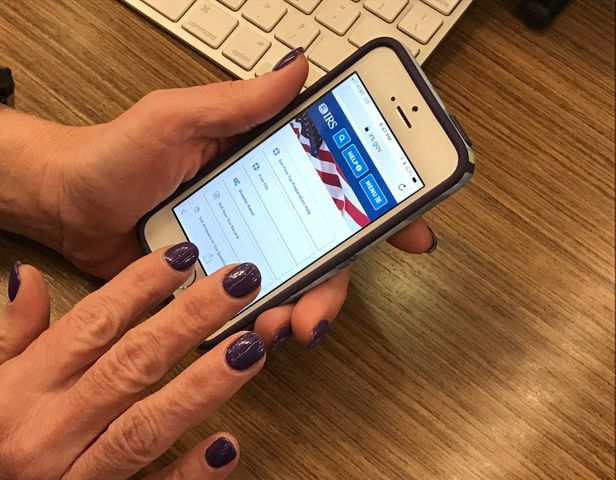 COLUMBIA - The IRS says scam calls get more frequent this time of year.

“Especially during tax season, the scammers know that a lot of folks have tax returns on their minds so we see an uptick in emails and scam phone calls during this time of year," said IRS spokesperson Clay Sanford

"This is tax season so you know taxes probably are on a lot of people's minds and it probably makes sense to the scammer to try to intimidate someone or try to scam someone during this time of the year," she said.

People calling from numbers that seem "legit" are claiming to be the IRS. These scammers normally demand money and urge people to call a specific number back.

Sanford said these calls could end in people being conned out of their money.

“There a big problem and a lot of people have unfortunately lost a lot of money. Upwards of $60 million have been lost nationwide to these telephone scams in just over four years, so it’s a very real threat and folks need to be on the lookout," he said.

Gleba said many scams start out with an automated message. It's how the scammers reach the largest number of victims.

She said the scammers can be easy to spot though, once they get a person on the phone.

“One way you can tell that that would be a scam call is that the IRS will not demand immediate payment. They will not make threats or be intimidating," Gleba said.

Sanford said the IRS does not threaten people.

"A lot of these scam calls are calling and saying things like we are going to freeze your bank account or your going to be arrested etc and so forth and that’s something that would never happen with an IRS agent,” he said.

He said anyone the agency will take several steps before calling anyone who owes money.

“If there’s a problem with your taxes, you’re going to get something in the regular U.S. mail. Now, if there’s a tax debt, you probably would have to ignore several mail notices before you would ever get a call.

Gleba recommends people find out for themselves what they owe by calling the IRS.

Both Gleba and Sanford have tips for people who think they are facing a scam.

Gleba said, "Don’t call the number that they suggest and just hang up the phone immediately."

Sanford said, "I would not engage with these people. Probably the best thing you can do is hang up. Now, if folks want to report these phones scams, and we encourage them to do so, the treasury inspector general has a website.

After a caller hangs up, the work does not stop.

There are two ways to report scams:

The Better Business Bureau also has a scam tracker so people can see exactly where scams are reported on a map.

The IRS encourages the reporting of scams so "hopefully they can be investigated and shut down," Sanford said.

“We have been successful in shutting down some of these scams, but now remember there’s always copycats out there, and that also some of these can be coming from overseas where they’re harder to catch. So the best thing folks can do is be reminded of what a scam sounds like," he said.