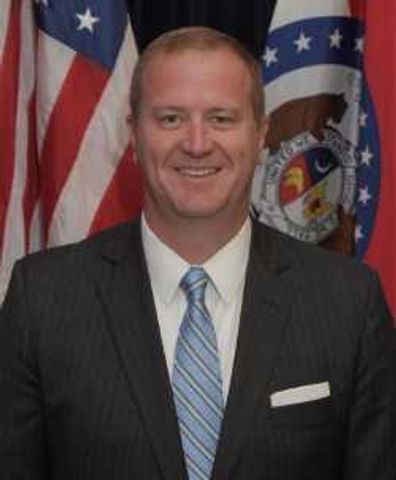 JEFFERSON CITY - Missouri State Treasurer Eric Schmitt today confirmed that Missouri income taxes will be cut in 2018 as a result of a Senate bill passed in 2014.

"it’s a great day for Missouri taxpayers, it’s the first time in 100 years Missourians are going to receive a tax cut and that means also small businesses across the state for the first time are going to receive a 5 percent tax cut in 2018, so I think as we move forward as a state in a new direction lowering that tax burden allows families to keep more of their own money and allowing businesses to keep more of their own money is the right direction for us, and todays just the beginning," State Treasurer Eric Schmitt said.

This will also allow small business owners to deduct five percent of their business income from their individual filing.

Small businessowner Anne Churchill said although five percent might not be a big number to most people that money can go a long way for business owners.

“If we saw a five percent growth in our revenue that would be, by no means it would double, but that would be a high fraction of our income increasing for that year,” Churchill said. "I would put that money right back into my own business and employees that is something we struggle with here year after year is to retain employees at good pay and so I think that’s where we’d put it into. We’ve got a great office, location, and marketing and all of that so I think our employees would be the best place to invest."

“Those individuals that are running those businesses they know what they’d do with that money, they put it back into the business they grow that business, they buy inventory, they hire people, and that strengthens families, that’s more Missourians making more money, that strengthens families, that makes our state a great place for people to be employed, have good paying jobs, to have more take home pay, that’s what this is about,” Schmitt said.

The income tax cut for individuals and small businesses will go into effect January 1, 2018.