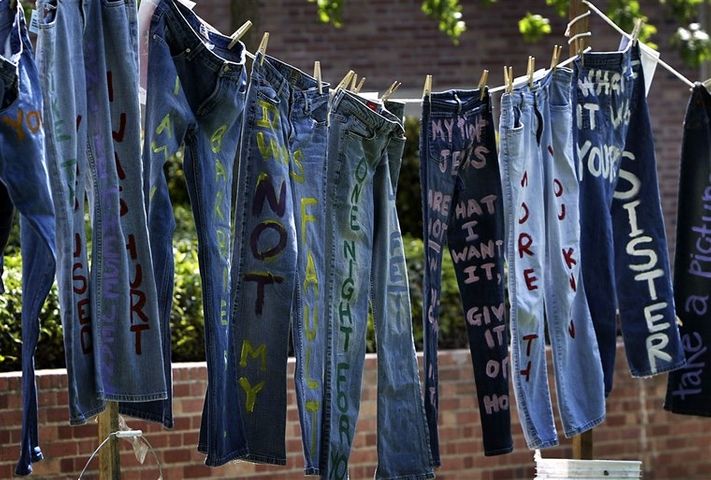 COLUMBIA - People wanting to draw attention to sexual violence made more than a fashion statement by wearing denim on Wednesday.

Denim Day started after the Italian Supreme Court overturned a rape conviction, saying the victim had been wearing her jeans too tight.

"Consent doesn't mean that your jeans are too tight or your heels are too high or you are wearing too much makeup," Snow said "It's a yes or a no and I think that's really relevant and really important especially for students to stand out and have a voice."

The executive director of True North Women's Shelter, Elizabeth Herrera Eichenberger, said Denim Day is a way for the community to support survivors of sexual assault and sexual violence.