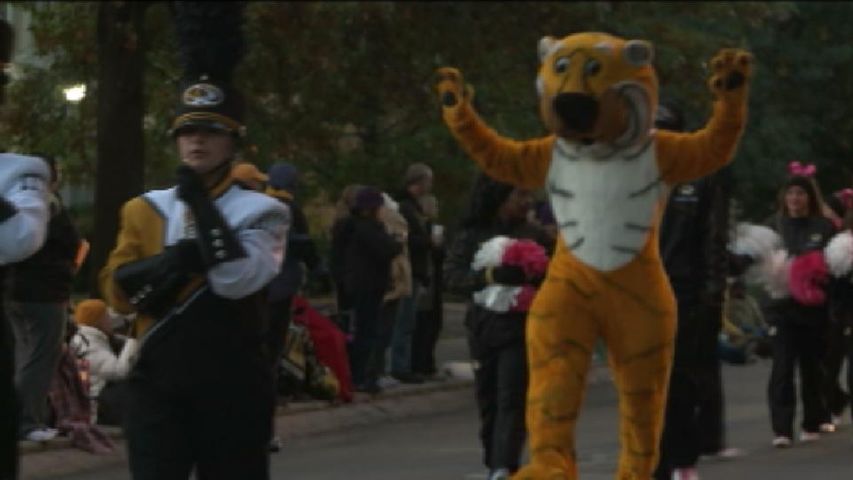 COLUMBIA - Saturday's homecoming celebration started with a traditional parade and continued with the football game.

For some, the excitement of the homecoming parade is not new. Some Mizzou alumni have attended homecoming every year since they graduated.

Mizzou Alumni Association past President Melodie Powell graduated in 1982. Powell said, "Everybody comes in and hugs each other. Everybody comes home."

Another past president of Mizzou Alumni Association, Jay Dade, said the Mizzou spirit never leaves him. "It's great when you are going around the country, and you run into somebody from Missouri; you instantly have that connection," Dade said.

Mizzou spirit not only lasts for decades, but generations. William Waber, graduated in 1955, has two children and a granddaughter attended Mizzou.