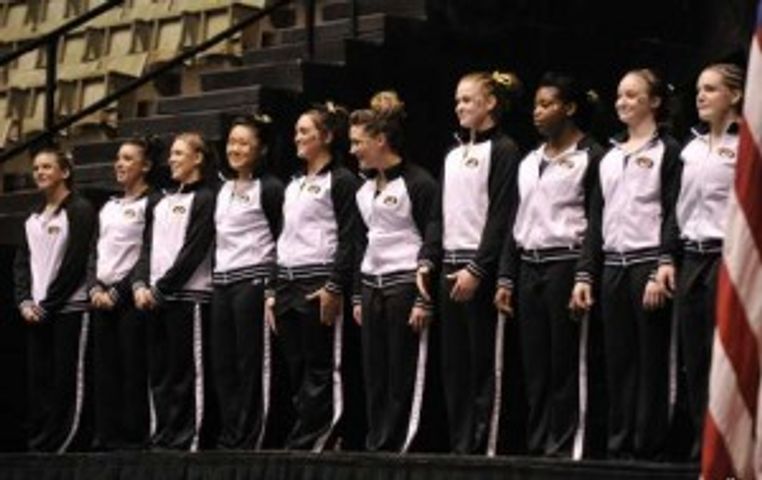 COLUMBIA -- The University of Missouri announced today that former Michigan assistant coach, Shannon Welker has accepted the position of Head Women's Gymnastics Coach at Mizzou. The St. Louis, Mo., native is the third head coach in Mizzou gymnastics history, and brings a wealth of experience to Columbia after spending five years as an assistant coach under Bev Plocki at the University of Michigan and nine years as the head coach and program director at the St. Louis Gymnastic Center.

During his time at Michigan, Welker was primarily responsible for coaching the vault and floor squads in addition to serving as the recruiting coordinator. Welker guided his vault squads to three top-ten finishes during his time at Michigan, and his 2012 vault team finished at No. 11 in the nation. Under his direction, the Michigan floor squads also finished among the nation's top-10 four times. As a team, Michigan closed out the 2013 season ranked at No. 7 in the nation, and Welker assisted the team to a top-15 finish in each of his seasons in Ann Arbor.

"We are very excited about Shannon and what he brings to the table," said Director of Athletics Mike Alden. "He's a nationally-respected coach who has a combination of leadership style and recruiting abilities we're looking for at the University of Missouri. His focus on core values during his very successful time at the University of Michigan match up very well with our beliefs. We feel he's got all the tools in place to achieve great things here at Mizzou."

"My family and I are extremely excited about this opportunity to join the University of Missouri Athletics family," Welker said. "I am looking forward to leading the gymnastics program to new levels of success. It is really an ideal situation for me and my family to be able to return to our home state. We are certainly proud to be part of Mizzou's long history of athletic and academic excellence."

Before coaching at Michigan, Welker spent one year as an assistant coach at Bowling Green, where he coached two gymnasts to the NCAA Regional Championships for the first time in program history. Before working with the Falcons, Welker served as the head women's gymnastics coach and program director at the St. Louis Gymnastic Center for nine years.

A four-year competitor on the University of Illinois at Chicago men's gymnastics team, Welker served as a team captain for three years and earned NCAA All-American honors in 1996. He was also awarded UIC Athlete of the Year honors that season. Welker spent a year as an assistant men's gymnastics coach for UIC, and was also inducted into the University of Illinois at Chicago Athletics Hall of Fame in 2005.

Welker earned his undergraduate degree in kinesiology from the University of Illinois at Chicago in 1998. Welker and his wife, Molly, have two sons, Ian and Brendan.