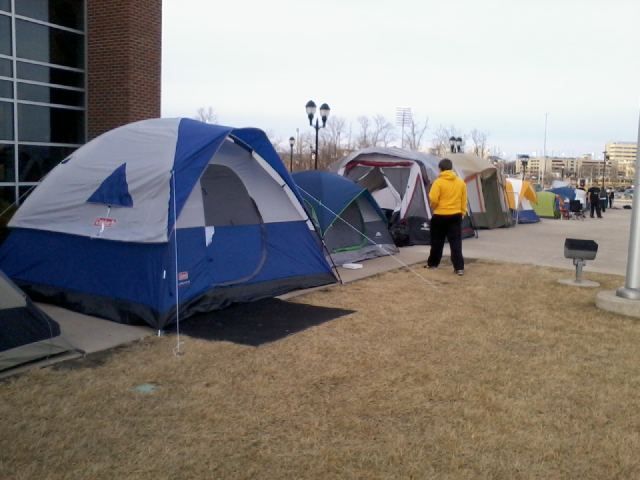 COLUMBIA - The Missouri Athletic Department announced late Tuesday afternoon that tomorrow night's game against Oklahoma State is sold out, meaning every home game for the rest of the season is now sold out.

This mean the Tigers sold out eight of nine conference games, with the only non-sellout coming against Texas. That game happened while students were on winter vacation.

Director of Marketing for the athletic department, Emily Jansen, also said this year would break a record for amount of sellouts in a season. The previous record was four in the 2008-09 season.

Jansen also said a limited number of tickets will be released for the NCAA tournament but didn't have details on when or how many.

The number three ranked Tigers have six games remaining this season, including all three now sold out games at Mizzou Arena. Tip off for tomorrow night is at 8 p.m. against Oklahoma State.