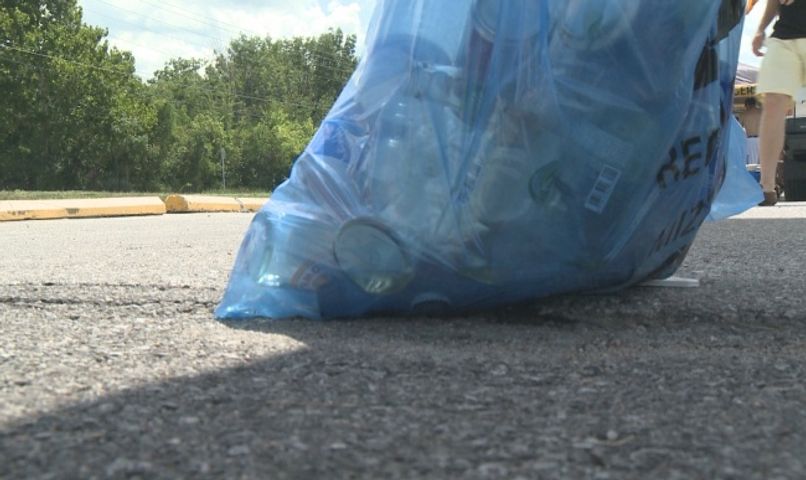 COLUMBIA - Mizzou Athletics event staff members stepped up with their recycling efforts as football fans celebrated their first tailgating of the season.

One fan said that every year he looks out for the blue recycling bags that are handed out.

"It would be really convenient for us to have bin nearby because we have been throwing bottles away in the trash instead of recycling them," Sam McKale said.

Event staff members started handing out the blue bags at the entrance of all MU parking lots at 8 a.m.

Mizzou Athletics collaborated with the City of Columbia, Landscape Services and Anheuser-Busch.

Last year, alongside their former partners the Tiger Tailgater Recycling program, Mizzou Athletics prevented an estimate of 10 tons of recyclable material from ending up littered across campus or in a near by landfill.

The recycling program was founded by Sustain Mizzou in 2005.