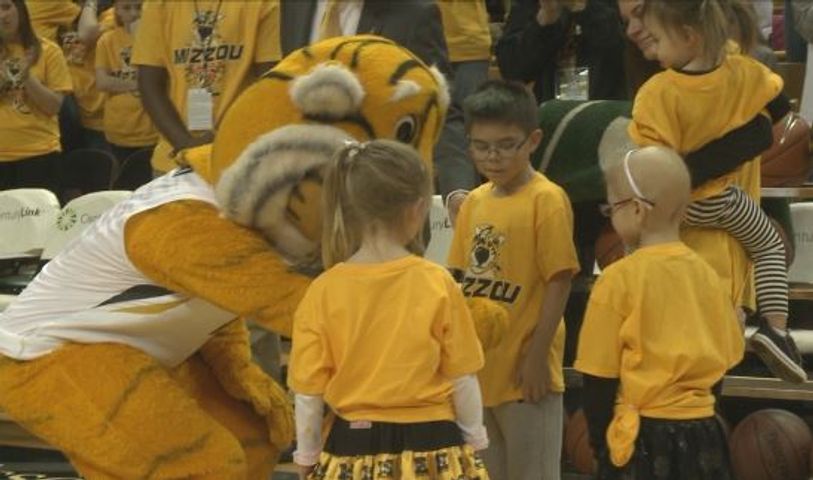 COLUMBIA - The Missouri Men's Basketball team beat the Tennessee Volunteers 75-64. It was their first win in more than a month, but that's not what made Saturday special.

The athletic department teamed up with the basketball team for a Rally for Rhyan. Rhyan Loos is the daughter of Chad Loos, Mizzou Basketball Coach and has pediatric cancer.

"What does this say about this community?" Chad Loos said. "This is a little girl that of the ten thousand, nine thousand nine hundred of them probably haven't met her. And for them to come here and give their time, and their money, and support, that says something about this community."

During halftime, an emotional Loos told the crowd about pediatric cancer. He also thanked the crowd for attending the game.

"This is an amazing first step in our journey," Loos said. "A journey we will continue. Most of all I would like to say thank you to all of you, every single one of you for being here today."

"From the begining, I don't think losing was an option for us," Puryear said. "We love Coach Loos and we love the Loos family, and we just really wanted to do that for them."

The game raised more than $50,000. If you would like to donate to Rally for Rhyan, the Loos family, or pediatric cancer you can visit their GoFundMe page.