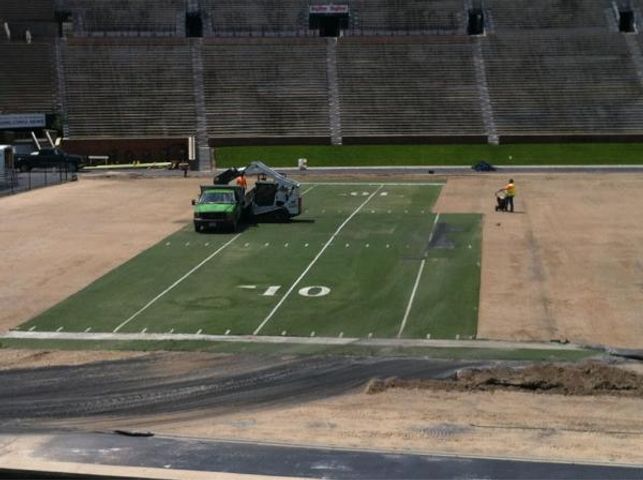 COLUMBIA - After a nine seasons hosting play, Faurot Field's artificial turf is on its way out. Crews worked Wednesday to rip up the old turf. They piled it high on truck beds and hauled the old turf to Jefferson City. According to construction crew members, the 63 Sports Complex has purchased the old turf in hopes of putting the field back together for its teams.

As far as Mizzou is concerned, it is scheduled to have a new field by the end of the month. Mizzou Director of Athletic Communications Chad Moller said the department has chosen to use the FieldTurf brand again. Moller said the brand--which is the same being removed from the field--has held up fairly well. The artificial turf also had a good grip for Mizzou's players.