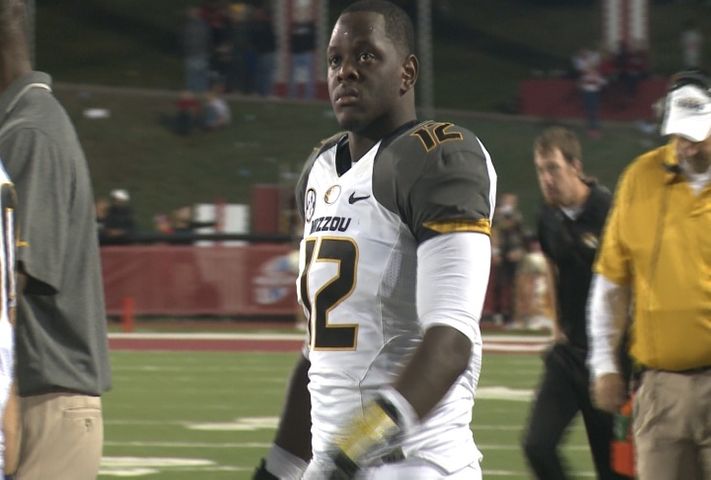 COLUMBIA - It began in the first quarter during a game played nearly three years ago. Not many players from that Missouri team are on the Tiger's roster today. The only Tiger remaining who started back then is Henry Josey.

The game, Missouri at Texas Tech. The day, Nov. 6, 2010. It was still in the first quarter of the game, and the Tigers found themselves with a 14-3 lead. It was first-and-10; the Red Raiders had the ball on Missouri's 47-yard line. On the next play, the Red Raiders' tailback ran the ball for three yards, but Missouri's Bren Donaldson forced the fumble. Andrew Gachkar recovered the fumble for the Tigers and gave Blaine Gabbert and the Missouri offense the ball back around midfield.

It probably wasn't a celebrated turnover that day; Missouri went on to lose that game in Lubbock, Texas, 24-17. But now that fumble is recognized as the beginning of a streak. Ever since that game in early November 2010, the Missouri Tigers have forced at least one turnover in each of their last 33 games. That's the longest active turnover streak in the FBS.

Missouri continued its opportunistic ways late in the first half against a vaunted Indiana Hoosiers offense. Indiana came into the game against Missouri averaging 50 points per game, and tied with Oregon for the most plays for over 40 yards. Missouri was up 21-14 with the Hoosiers  marching downfield when it happened again.

It was third-and-3, the Hoosiers had the ball on their own 49. The clock was ticking down to just under two minutes left in the first half. On the snap, Missouri defensive end Kony Ealy rushed past Indiana's left tackle, and timed his leap with Indiana quarterback Nate Sudfeld's pass to the left sideline. The ball seemed to stick to Ealy's hands, and he came down with his first career interception. No sooner did his feet hit the turf did Ealy rush off to the end zone; he had a clear path with everyone behind him.

"I was just focused on securing the ball, and making sure he couldn't knock it out from behind," Ealy said as he went over the interception with reporters.

That play made it 28-14 in the second quarter, and Indiana never got closer than that as Missouri cruised the rest of the way to a 45-28 victory.

Defensive coordinator Dave Steckel preaches turnovers in practice, but knows the players must put the words into action.

"We're just doing the fundamentals that all the other coaches are teaching and doing a great job with vision and breaking on the football, so you gotta attribute it to our kids being able to see the ball," Steckel said.

"We try to get as many takeaways as possible," Ealy said."We try to get six or seven turnovers a practice, and you see how that happens in the games."

As for what makes his team so good at executing on turnovers, Head Coach Gary Pinkel said  he didn't know, and that he didn't mind--adding one more requirement.