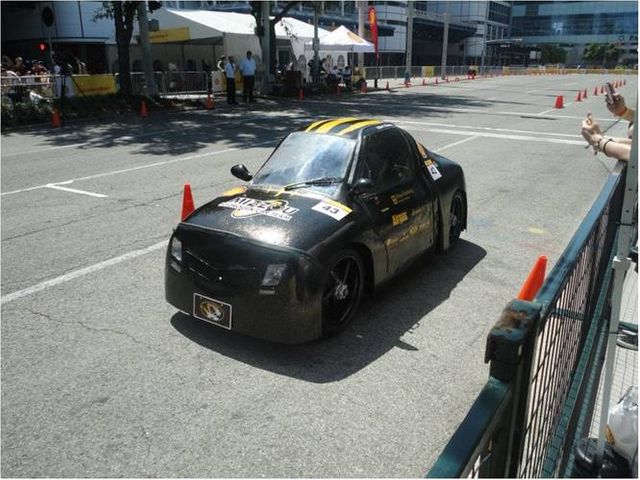 COLUMBIA - The University of Missouri's Eco-Racing team will begin competing in the Shell Eco-Marathon in Houston on Friday.

The team has been working on two cars for this competition. The first is a hydrogen car. Hydrogen is its main fuel source. Last year at competition, the Tigergen III, the teams third hydrogen vehicle, achieved a 311 miles-per-gallon equivalent. This year the team is hoping to top at 500 mpge.

The Mizzou Eco-Racing team will also race a battery-powered vehicle. This is the first time the school has ever designed one of this kind.

The goal behind the competition is to test alternative energy sources in vehicles. MU will compete against more than 100 teams, including ones from Brazil, Mexico, Guatemala and Canada. The competition wraps up on Sunday.