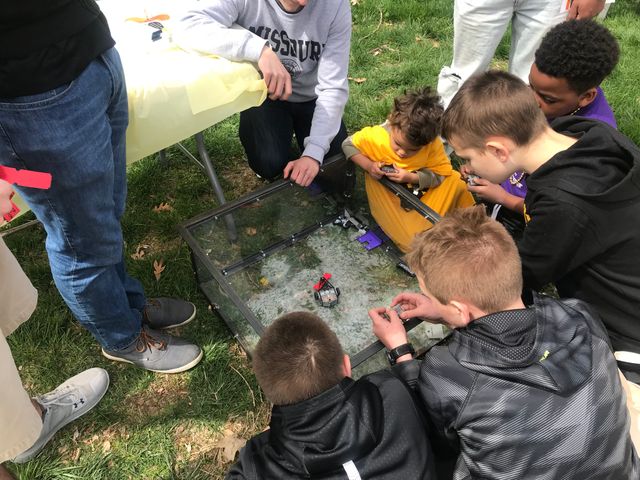 COLUMBIA - MU hosted more than 100 events across its campus Saturday as part of Show Me Mizzou Day.

Colleen Colaner brought her two daughters to the event. She said she wants them to learn how some of their favorite toys work.

"My kids are really into science and technology, especially with computers, because computers are such a big part of their lives," Colaner said. "It's just cool to get them some hands-on experience and expose them to some other options for how to work with technology that they might not have known about."

In a 2018 report, the National Girls Collaborative Project, stated: "Women remain underrepresented in the science and engineering workforce, with the greatest disparities occurring in engineering and computer sciences."

The group reported women made up 28 percent of the science and engineering workforce.

Carmel Braga, an MU studying computer science and IT, was teaching children about "magic sand." The sand was in a bowl of water, but when people grabbed the sand from the bowl, it came out dry.

Braga said it's critical for girls need to be introduced to STEM activities.

"There's a lack of girls in STEM, so getting them introduced when they're little will help them to be motivated to do it when they grow up. And STEM helps so many people in different ways, so it's always important to get kids to want to do that," Braga said.