Mizzou FG Game Struggling With Iowa St Up Next 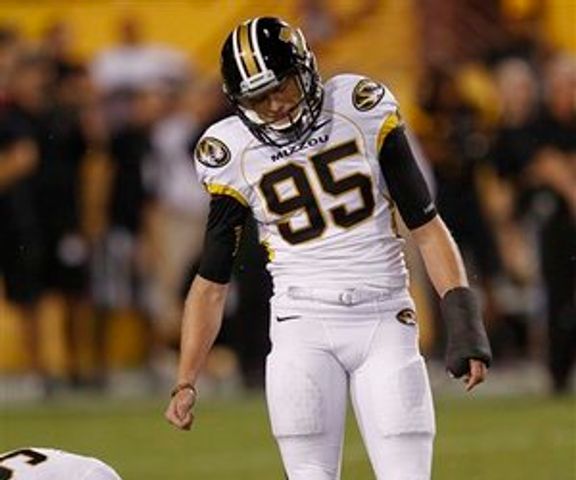 COLUMBIA (AP) -- Until Grant Ressel regains his touch, the Missouri kicking job is up for grabs.

After missing only three of 46 attempts the past two seasons, Ressel is only 7 for 13 this season. So this week, coach Gary Pinkel has opened competition between Ressel and punter Trey Barrow, with the winner kicking against Iowa State in the homecoming game on Saturday.

Ressel was an all-American in 2009. The Jackson, Mo., native's struggles seemingly came from nowhere.

After missing one of his first five attempts, and that one a 54-yarder, Ressel missed a shot to beat Arizona State by pulling a 48-yard attempt wide left at the end of regulation. The miss came
after Pinkel called two timeouts, leading to complaints the coach had iced his own kicker.