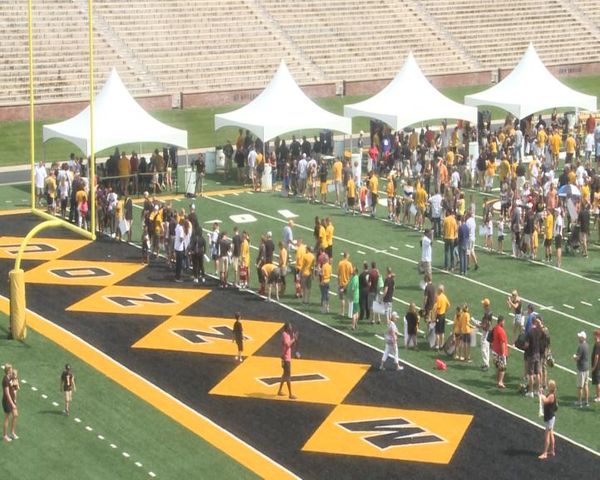 Tiger fans went on Faurot Field to meet Tiger players and coaches and get autographs.

Steve Erickson came with his wife and four children to show support for the team.

"Well, we're excited for Mizzou football. We're big fans," Erickson said. "It's a great opportunity to see the players, see the coaches and get the access down on the field."

This was not Erickson's first visit to Faurot Field.  From 1996-1999, he played Defensive End for the Tigers.

"It's been a long time," Erickson said "But it's always fun to be down here."

Along with autographs, fans had the opportunity to purchase 2014 football game tickets.

The season kicks off Aug. 30 against South Dakota State.