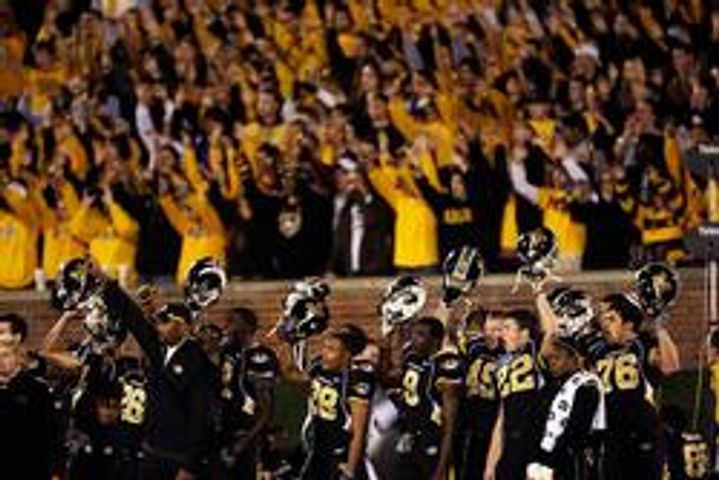 Season tickets went on sale for renewal in March. Nearly 90 percent of ticket holders renewed tickets. The remaining season tickets are those now available to the public.

Last year, the ticket office had a record year and the season tickets sold out quickly. Associate Athletic Director Andrew Grinch said he thinks they sold out because of the move to the Southeastern Conference. He said this year has been more steady because people are not in a rush to get tickets.

"We still have the expectation we will get close to a sell out [this year]."

Grinch said the renovations at Faurot Field will not affect season ticket holders.

He said, "Next year when the east side structure is built we will lose some seating on the upper east side that we will have to relocate some folks. But for this season it doesn't affect us as much."

He said the big change fans will see is the move of the block "M". The change will impact seating on the hill.

To view the football schedule and to order tickets, go here.

Columbia businesses don't have to refuse service to unmasked customers
COLUMBIA—About 20 people filed complaints about other individuals or businesses not following the mask ordinance this weekend, according to the... More >>
5 hours ago Monday, July 13 2020 Jul 13, 2020 Monday, July 13, 2020 7:19:00 PM CDT July 13, 2020 in News
Share:
Email
Facebook
Twitter