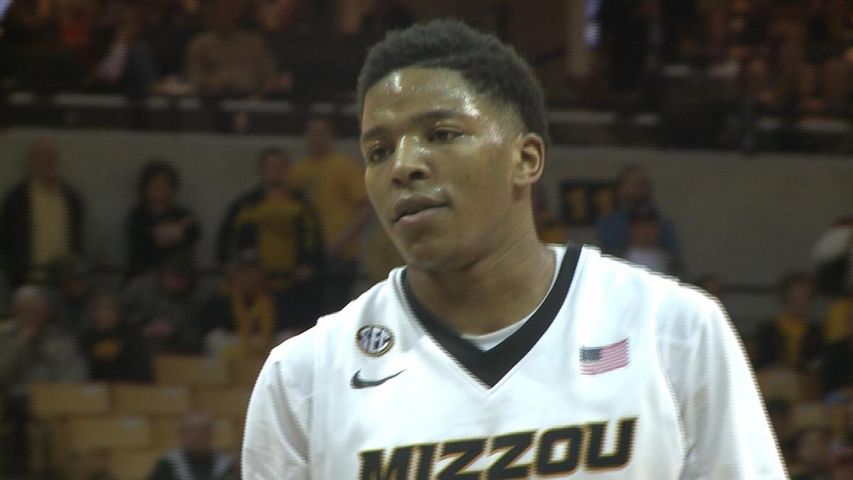 COLUMBIA - Much of the talk surrounding Missouri basketball this season has been about the trio of Jabari Brown, Jordan Clarkson, and Earnest Ross.

But lately, it's a new a trio of Tigers giving the team some new life.

"I'm proud of how the three freshmen all gave us something and they're getting more and more comfortable with Wes, Torren, and J3," Frank Haith said.

Wednesday's win over Vanderbilt marked the first time all season freshmen Wes Clark, Torren Jones, and Jonathan Williams III have all played more than 15 minutes in the same game. Haith said it paid off for the team.

"You look at the numbers and they gave us some point production, but I think how they scrapped, I mean Torren had three steals, Jonathan affected a lot of shots, he had three blocks," Haith said. "Wes is a tough kid, I think he battles. Obviously he made some shots. All those guys, they're getting better and better the more comfortable they're getting."

While he and the rest of the freshmen trio seem to be emerging, Clark credits the older three of Brown, Clarkson, and Ross for his development.

"I just play with confidence from our leaders like Jabari, Jordan, and E.J (Earnest Ross)," Clark said. "Throughout the beginning of the season, I was having struggles but they just kept me focused, kept me going and I just took on the challenge."

There's under a month remaining until Selection Sunday for the NCAA Tournament. Missouri is now on a three game winning streak and looking to bolster their résumé to try and get in.

If they keep getting this kind of production and minutes from the three freshmen, the Tigers could find themselves in the middle of March Madness.