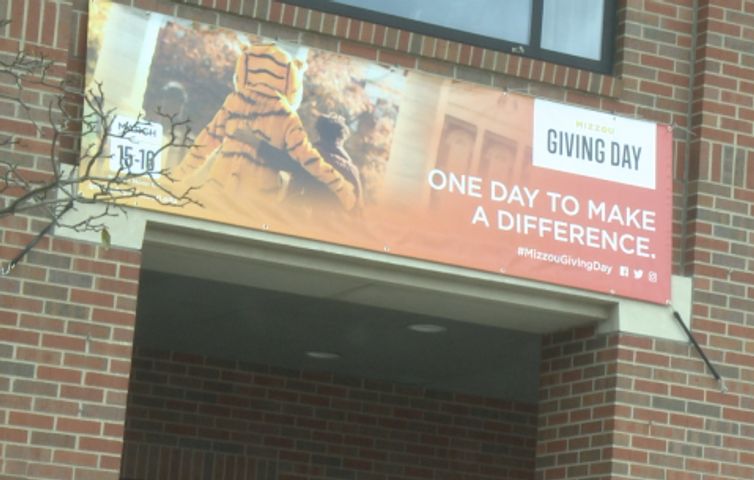 COLUMBIA - Following the lead of other large universities, the University of Missouri is holding its first "giving day," starting on Wednesday at noon.

"It’s sort of a trend. We see a lot of our peer institutions around the country that have giving days," said Todd McCubbin, the Mizzou Alumni Association executive director.

Mizzou Giving Day will be a 24-hour event aimed at getting alumni, students, faculty members and other university supporters to make a donation to the university, no matter how big or small. People can make donations online.

McCubbin said, although there are a lot of conversation about budget cuts at MU, the giving day was not spurred by those funding cuts.

"It’s one of those things where we knew that our alumni support Mizzou through thick and thin, there’s no doubt about that," McCubbin said. "Certainly that’s been in the news quite a bit and we understand that, but giving day, the campaign is really funds that are a margin of excellence for Mizzou and so that’s what we’re trying to raise funds for."

According to a press release, Mizzou Giving Day is a part of a larger campaign called "Mizzou: Our Time to Lead." The university has a total $1.3 billion fundraising goal.

Donors will have the opportunity to choose where exactly their donation goes. They can donate to specific scholarship funds, departments, athletics programs, research, traditions and other areas at MU.

"That’s one of the cool things about giving day. It’s not about necessarily how much you give. It’s just about participation," McCubbin said. "There’s, you know, thousands of different funds on our campus that people can support and really it’s just a matter of finding out what you want to do and making a gift to that to participating in giving day."

According to the Mizzou Giving Day website, some donors have contributed to "challenges" as part of the donation drive. The five departments and programs that receive the highest dollar amount in donations and the five departments and programs that have the most donors will receive a bonus donation from the "challenge donors." There will also be five social media challenges throughout the day.

McCubbin said people should donate because their money will be an investment in the university.

"I know our alumni and friends want Mizzou to be excellent. They want it to continue to be a world class university. And so one way, one way to step up and help that is to make a private gift. Invest in our university,” McCubbin said.

Mizzou Giving Day will end at noon on Thursday.