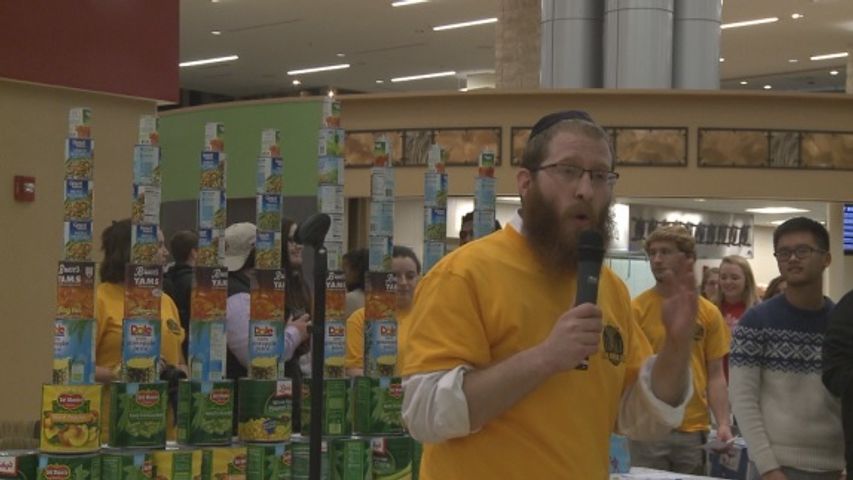 COLUMBIA – One group of University of Missouri students is celebrating Hanukkah in a rather different way this holiday season.

The Chabad at Mizzou built a four-foot Menorah made out of canned foods in the middle of the MU Student Center.

Four candles were lit, and each night one more will be lit until the holiday is over.

After the holiday is over, the cans will be donated to the Food Bank of Central Missouri.

Rabbi Avraham Lapine said the holiday and event show how light can be brought to the world.

“That’s just showing the message how it doesn’t take much to really make a difference in this world,” Lapine said. “All it takes is just a small can can change a life and brighten someone’s day.”

Lapine said the idea is that people don’t fight evil with evil, but fight darkness with love and light.

Evan Wiel, a sophomore at the University of Missouri says having this event in the middle of the MU Student Center is very beneficial.

The event was accompanied by a variety of songs played and prayers led by Rabbi Lapine.