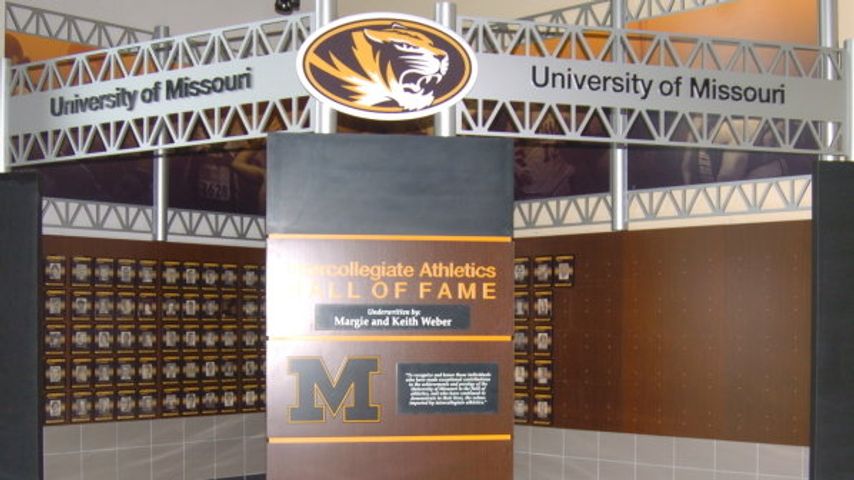 COLUMBIA -- The Mizzou Hall of Fame induction ceremony for the class of 2011 was Friday. Among the headliners were Detroit Tigers pitcher Max Scherzer, and two-time NCAA champion Ben Askren.

Askren is the most decorated wrestler in Mizzou history.

Ben Askren - Wrestling (2004-07) [Native of Hartland, Wisc.]
Possibly the most dominant MU athlete in any sport ever, Askren won two NCAA titles, three Big 12 titles and finished with a record of 153-8.

Don Chadwick - Football (1956-58) [Native of Independence, Mo.]
One of the top two-way linemen of his era, Chadwick was an honorable-mention All-American guard as a senior in 1958.

Tom Heckman - Baseball (1978-81) [Native of Jefferson City, Mo.]
A dominant starter who won 10 games three-straight years, Heckman led MU to a Big Eight title as a junior and was an honorable-mention All-American as a senior.

Max Scherzer - Baseball (2004-06) [Native of Chesterfield, Mo.]
One of the most dominant pitchers in MU history, Scherzer was the Big 12 Pitcher of the Year in 2005 and twice led the league in ERA before becoming MU's first-ever 1st-round MLB draft pick.

Russ Sloan - Football (1958-59) [Native of Columbia, Mo.]
A top-notch two-way player for legendary Coach Dan Devine, Sloan was an honorable-mention All-American selection as a senior end before going on to a career in college athletics.

George Williams - Men's Basketball, Track & Field, Tennis (1920-21)
Williams was one of the most dominant players in the nation of his time. He led MU to a 34-2 combined record over two years, two MVC titles and national rankings of #1 and #2.