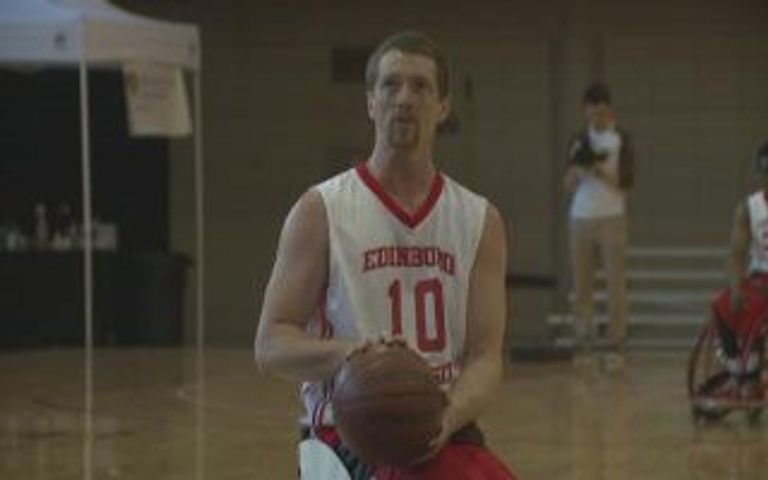 COLUMBIA - The Missouri Tigers are vying for a national championship this weekend, only not in the sport you might think.

Mizzou is hosting the men's and women's National Intercollegiate Wheelchair Basketball Tournament from Thursday through Saturday at the Mizzou Rec Center.

Players and families from six other schools around the nation have made the trip to Columbia to watch the athletes compete for a championship.

Christopher Bacon came all the way from New York to watch his son play for the Alabama Crimson Tide, Missouri's first opponent on Thursday.

"I think it's just a great way to get kids in wheelchairs active, and get them into college," Bacon said. "Many of these kids are on scholarship."

Bacon said he feels great joy watching his son, a sophomore at the school, play on the court.

"It means a lot," Bacon said. "He's a competitor. He just wants to be like a normal kid."

Missouri doesn't have a team playing in the women's bracket, but its men's team will play on Thursday, Friday and also Saturday if it makes it to the 3rd place game or the championship game.

The National Wheelchair Basketball Association was founded in 1949, but Missouri didn't participate as a college until after the Intercollegiate Division was created in 2003.

But first, he will try to lead the Tigers to a national championship in Columbia this weekend.