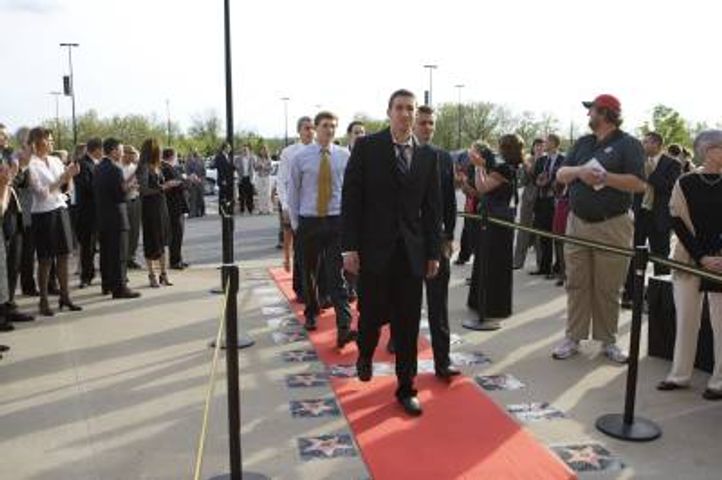 COLUMBIA - Monday night was all about getting dressed up. Tiger athletes strutted their stuff on the red carpet at Mizzou Arena. The Roars is an Oscar type award show. It was inspired by ESPN's ESPY awards. The Missouri Student Athlete Advisory Council puts the event together. It is one of the few times throughout the year that the entire athletic department gets together and celebrates.

SAAC President Jordan Hawley thinks it is a special event because it sheds the light on athletes that no one really knows.

"There's a ton of awards, Unsung Hero Award, Courage Award, athletes that you have never really heard of before that are getting recognition in front of the entire athletic department and whoever decides to come," Hawley said.

Since he is a senior, this is his last event.
"It's a really neat way to close the last chapter of my collegiate career," Hawley said.