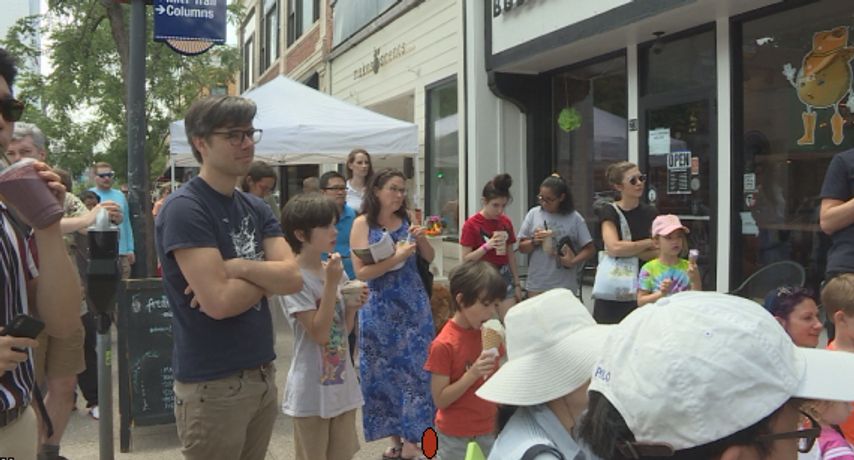 These nine free events are not only to help share new music but also increase traffic flow to the businesses outside which the performances will happen, said Managing Director for the Mizzou New Music Initiative, Jacob Gotlib.

"We are bringing this music from outside of the concert hall and literally into the streets of Columbia," said Gotlib. "So we hope that people who pass by take a chance to stop and listen to some of the cool sounds and also stop by Sparky's to have their iconic ice cream."

Bret Bohman, professor of music composition at the University of Missouri, said the goal is bring the music to the people.

"We're going to locals in Columbia and just performing some of the reparatur that we know and bringing this music to the public in a way that they can just happen upon it," Bohman said.

With this being the festival's 10th anniversary Gotlib said they wanted to expand what the festival has to offer. They did this by including the Khemia Ensemble and making the events free to the public.

The festival has musicians from all over the world.

"It's called the the Mizzou International Composers Festival literally because we have composers from all over the world coming here for this festival.

The Show-Me state games will also be taking place this weekend so you can expect to see more people in Columbia than normal.

Here are the rest of the festivals free events this weekend: