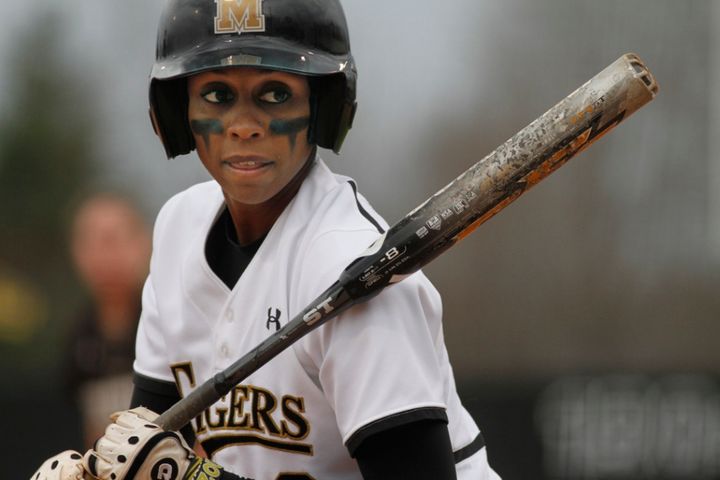 OKLAHOMA CITY, OK - The No. 5 seed Missouri Tigers were dropped to the loser's bracket after falling by a 6-2 final to the fourth-seeded Florida Gators on Thursday night. The Gators move on to play No. 1 Arizona State tomorrow evening, while the Tigers will play Big 12 rival Oklahoma on Saturday afternoon in an elimination game.

The Gators tagged redshirt sophomore Chelsea Thomas (31-7) for a season-high six runs - all earned - while also belting out eight hits. Thomas walked four and struck out eight. Florida's Hannah Rogers (34-6) got the win out of relief, throwing 4.2 innings while giving up two runs on two hits, walking three and striking out four.

Poor defense by the Tigers in the first led to a pair of Gator runs in the bottom half of the first inning. Michelle Moultrie led the frame off with a bloop single over the head of Abby Vock at second base, and advanced to second on a sacrifice bunt gone awry for the Tigers. Aja Paculba popped the bunt up, and it was bobbled and dropped after miscommunication between Nicole Hudson and Chelsea Thomas. Hudson would get the out on Paculba, but Moultrie moved up to second on the play. Kelsey Bruder then roped a line drive into center field that ricocheted off Rhea Taylor and went to the wall, scoring Moultrie and allowing Bruder to move to third on a two base error. Bruder would be plated on a perfect suicide squeeze laid down by cleanup hitter Brittany Schutte, making it 2-0 Florida after an inning of play.

Missouri put the first two runners on in the top of the second but ultimately came up empty. Ashley Fleming singled to center field to lead things off, and Catherine Lee worked a full count walk to put a pair aboard. However, Stephanie Brombacher got out of the jam by getting two strikeouts sandwiched around a foul out, ending the Tiger threat.

The Tigers left three more on base in the top of the third, failing to chip away at the Gator lead. Vock started the inning with a leadoff walk, and she'd go first-to-third on a base hit into right field by Jenna Marston to put a pair of runners on, while chasing Brombacher in the process. Gator ace Hannah Rogers would come in and walk Hudson to load the bases with just one out, but she'd work out of the jam by getting Ashley Fleming to strike out on a check swing before Catherine Lee flew out to left.

Florida made the Tigers pay by adding three more in the bottom half of the third to extend their lead to 5-0. Moultre sent the second pitch she saw to dead center field for a solo home run, her third of the season. Later in the inning, Bruder drew a walk, moved to second on a ground out and would advance to third on a passed ball. Megan Bush then blasted her 21st home run of the year to deep left field, making it 5-0.

A two-run double by Lisa Simmons with two outs in the top of the sixth broke up the shutout, as the Tigers cut the lead to 5-2. Missouri once again put the first two batters on base with a leadoff walk to Hudson and a base hit back up the middle by Fleming. Rogers again almost worked out of the jam by getting Lee to fly out and Schweisberger to strike out, but Simmons came through with her fourth double and 22nd and 23rd runs batted in on the season.

The Gators got one of those runs right back after taking advantage of a leadoff walk to Cheyenne Coyle. She was moved up to second base on a sacrifice bunt, and after Thomas' seventh strikeout, Ensley Gammel blooped a single into center field to extend their lead to 6-2. Missouri would go down 1-2-3 in the top of the seventh to end it.

Fleming led all Tigers with two hits, while Simmons drove in a pair. Moultre, Bush and Gammel all picked up two hits for the Gators.

Missouri will look to keep their Women's College World Series alive on Saturday when they face off against the Oklahoma Sooners in an elimination game. Action gets underway at 1:30 p.m. CT from ASA Hall of Fame Stadium.