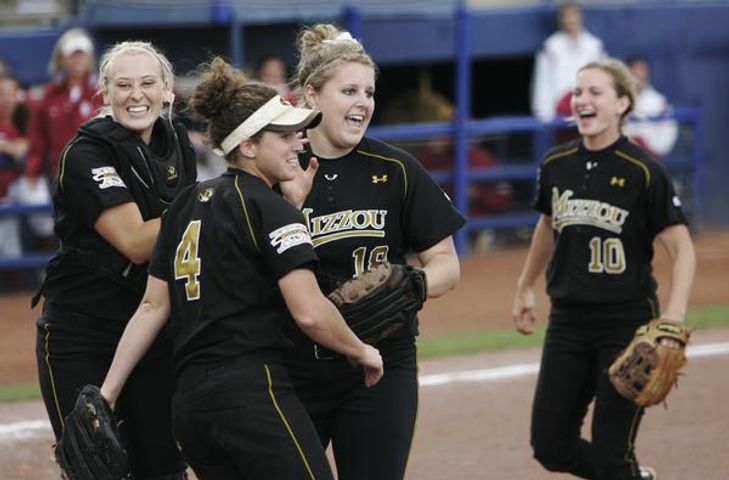 WACO, Texas - The No. 16 Missouri softball team couldn't hang on to an early 2-0 advantage, as the No. 17 Baylor Bears rallied back to defeat the Tigers for the first time in Big 12 play.

The Tigers struck first, getting a pair of runs with two outs in the top of the first inning. With one out, Jenna Marston drew a walk and Ashley Fleming was hit by a pitch. Maddison Ruggeberg then hit a grounder to the first baseman, who tried to throw Marston out at third. The throw was low, allowing all runners to reach safely on the error. Two batters later, Catherine Lee singled down the line and off the third base bag, scoring Marston and Fleming to give Missouri the early advantage.

A walk off sacrifice fly in the bottom of the seventh won it for the Bears, as Turk drove a ball into right field which allowed Kathy Shelton to score the winning run. Shelton beat out an infield single to second base to start the inning, and moved to second when Freeland slapped an infield single over the head of a drawn in infield. A passed ball allowed the runners to move up a base, setting up Turk's RBI.

Mizzou looks to salvage a split tomorrow in the series finale, beginning at Noon CT.