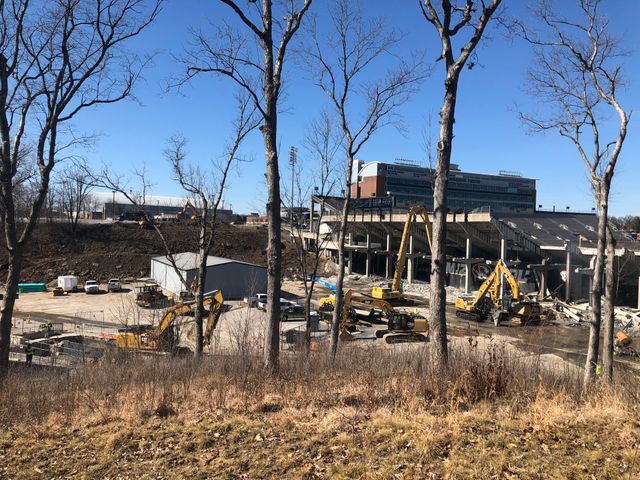 According to the South End Zone website, the project will give state-of-the-art training facilities to Mizzou Football, create more premium seating and bring new jobs to Columbia.

"We're gonna get seats closer to the field," Hickman said. "It didn't quite work with the existing seats in the south end zone, so the best option for us was to tear this down and start from a better situation."

When the project is complete, the south end zone will have 16 suites, a 750-person field-level club, a 1,254-seat indoor club area with dining service and restrooms and general seating for about 1,324 fans.

The project costs $98 million dollars. Hickman said alumni donated part of the money and the rest came from bonding paid off by the premium seating.

The website quotes Coach Barry Odom as saying, "I deeply appreciate each of the donors who have stepped forward to make this happen for Mizzou Football and the Board of Curators' approval of this facility."

The project was approved in August.

"I believe that this facility will have a lasting impact on our football program for the next 40 years, if not longer; it's that impactful," Odom said.

The project is expected to be completed in August 2019.