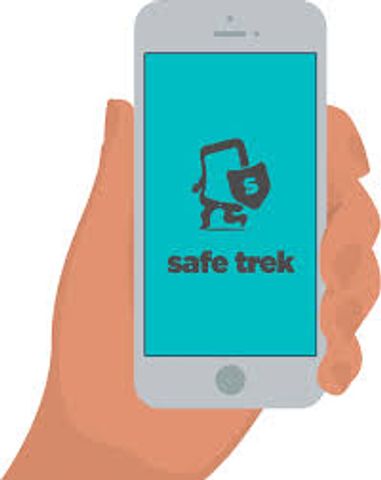 COLUMBIA- Three Mizzou students created a safety app for smart phones during a school competition and now it has spread across the United States.

Zach Beattie, Zach Winkler, and Natalie Chang created a smart phone application to provide peace of mind and/or safety to those walking in uncertain situations. The "safe trek" app started as a student competition last semester and has grown into an app you can purchase for your phone.

The three students won the competition with their idea and were sent to Microsoft to work with developers. Microsoft gave the students advice for their app and they developed it last summer.

The application was released in August of 2013. It is currently $2.00 in the app store, but the safe trek team tries to partner with different universities to offer "free" weeks for the app.

The app is a link between the police and a citizen without having to dial 911 automatically. When a person is feeling unsafe somewhere they can open the safe trek app and hold a finger on a button which is a link to the local police. If the person releases the button without entering a pin number the phone will automatically dial 911 and send a notification to the safe trek team.

"If something were to happen it's a dead man trigger so you can let go and that's all you have to do, is just let go and you can drop your phone, you can slip it in your pocket and if you don't put in your pin then police are notified," said one of the three creators.

Currently the safe trek team has a dashboard that can track every time the app is used. The dashboard also includes a communication device where the team can communicate with the person to see if the call was a false alarm or not.

Joe Piper of Joint Communications said the students worked with their dispatch center to understand how the 911 system works. This dispatch center serves the M-U and Columbia Police Departments.

The dashboard is not currently in any dispatch center, but Beattie says they are working closely with Trenton, MO to give them the dashboard soon.

Piper says for Columbia there needs to be more communication by Safe Trek and Joint Communications on who will control and maintain this dashboard. He also said they would need to figure out what monitor this would be displayed on since all of the monitors are currently in use.

"There are towns all over Missouri that are interested in the dashboard and we are willing to give it to them for free actually just so they can have the supplement [dashboard] to the app," Beattie said.

The next step for Safe Trek is to collect data of this national used app and give the information to the local police departments.

For more information on the app please visit safe trek.?