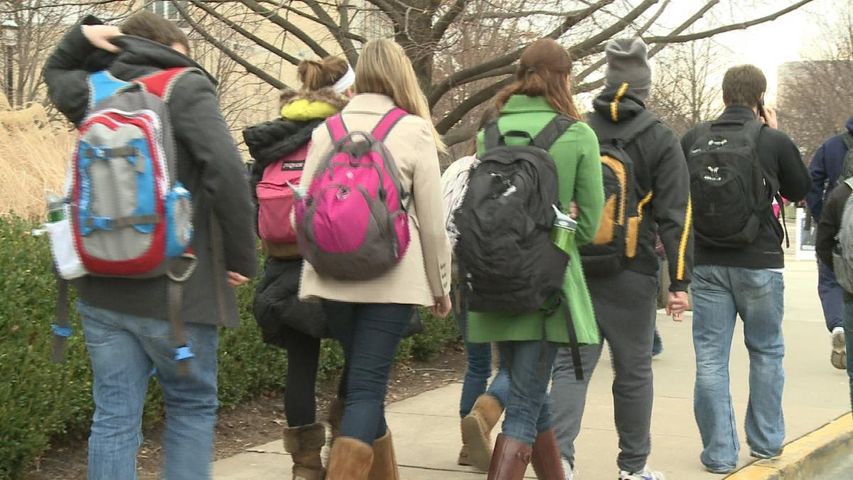 COLUMBIA - University of Missouri students are taking notice of Governor Nixon's proposed budget cuts. The Missouri Students Association (MSA) is working to get the student body behind it's "More for Less" campaign.

With the proposed cuts, the University of Missouri would have the same amount of money it had in 2001 but with an additional 17,000 students. The idea behind this campaign is the students feel the Governor is asking them to pay more money for less benefit. MSA is trying to get as many students as it can to write letters to the Governor. President of MSA, Xavier Billingsley, said their goal is 1,000 letters before March.

"It started so small and in a matter of 24 hours it's just exploded" said MSA Chief of Staff Steven Dickherber.  Dickherber says, once he presented the idea to the rest of MSA everyone was ready to get behind it.