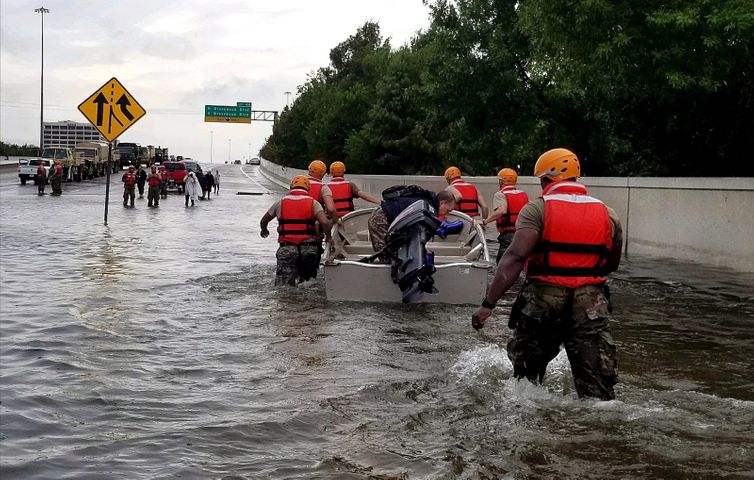 COLUMBIA- When Anthony Ruffner first saw the damage Hurricane Harvey had done to Houston, he knew there had to be something he could do to help.

Ruffner is planning to lead a group of 35 MU students to Houston, where they will help in the rebuilding process. They leave Thursday.

Serving others is not a new concept for Ruffner. The MU junior is the founder of a campus non-profit group called The Hope Project, which aims to help college age students find ways to effectively serve in the mid-Missouri community.

“We started The Hope Project as an idea. I’ve always really been passionate about service, but I never really knew how I wanted to go about necessarily committing to do that in the community. We want to creatively empower students to make a difference in the world based on their strengths,” Ruffner said.

So, when he saw the news from Houston, Ruffner and his friends immediately began thinking of ways to make an impact.

“The first time we considered going to Houston was about two weeks ago. I got a text from a friend that was like ‘hey, what do you think about going to Houston this weekend?’ So, we started talking about how we could organize this,” he said.

Ruffner and a group of friends began cold-calling local churches in the Houston area asking if they needed volunteers. After a few tries, the MU students found Grace Church Houston, which said it was in need of help.

The students will be working with a non-profit called Eight Days of Hope, which specializes in disaster clean up and has partnered with the church.

The students are excited to do whatever they can.

“Our service is predominantly going to be in the community. It’s going to be us working on people’s houses, but also working with people to spread hope to them," Ruffner said. "Whether it’s tearing out carpets or putting up new walls, or even just sitting down and listening to someone’s story. We just want to see how we can best serve the community of Houston.”

What started as an idea among a group of friends quickly became an effort with more than 35 students pledging their time. Still, some participants were originally somewhat hesitant to join.

Isaac Stephens, an MU junior, said, “When I first heard of this original idea, I was very skeptical. To see the support from people in The Hope Project and everyone on campus is incredible.”

Many students said the trip is important because it presents an opportunity to help others.

“We live in a divided nation right now, and I think this is a great opportunity no matter your background or status to show each other that we can love each other through everything and help each other out,” Stephens said.

Ruffner said big projects like this sometimes come from the smallest of ideas.

“Movements don’t really need anything more than one step in the right direction," he said. "If I would have thought about all the logistics of this trip, I probably would have never done it. Taking a step in the right direction really sets off a chain of events to where you really can accomplish more than you ever expected. If you told me a week ago that we’d have forty kids going to Houston, I would have told you that you were crazy.”