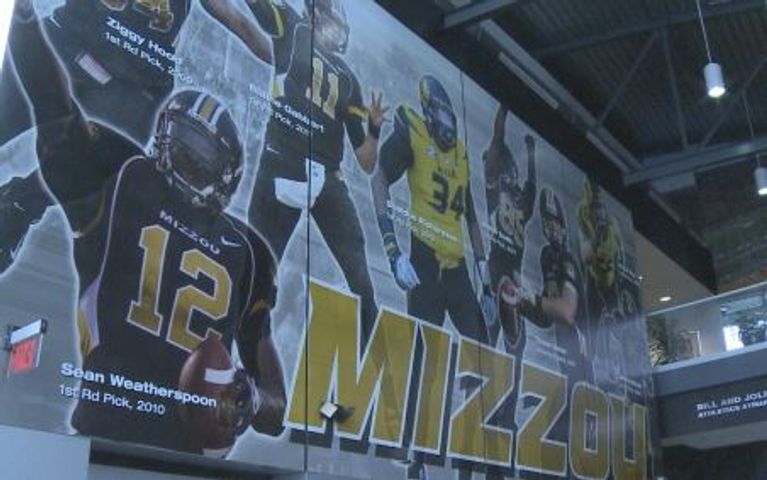 COLUMBIA - Brain trauma has been back in the headlines thanks to new research studies showing high levels of Chronic Traumatic Encephalopathy, or CTE, in athletes who competed in high-level contact sports.

CTE is not able to be diagnosed until after death, but sports teams are being cautious when athletes have suspected head injuries, especially concussions.

"What happens is there is some force that goes into the brain tissue itself and causes either a tearing or a bruising or just a chemical reaction to occur in the brain that results in some form of a manifestation of that," said Christopher Wolf, a Doctor of Osteopathic Medicine at the Rusk Rehabilitation Center.

Athletes suffering from concussions are at a higher risk for repeated brain trauma if their brains aren't allowed to heal properly.

"Over time we see that it's easier for people to get a second or a third or a fourth concussion and so on, so that cumulative effect can happen, they can actually end up with more pathology additive through time," Wolf said. "Typically, people take longer to recover from each successive concussion, and they may be left with some of those symptoms that don't go away."

At the University of Missouri, football players are trained to look for signs and symptoms of concussions in themselves and fellow teammates.

"Starting at the beginning of the year when we impress upon them the signs and symptoms, and the fact that a head injury is not an ankle sprain," said Rex Sharp, Associate Athletic Director for Sports Medicine at Mizzou. "You only have one brain, and there's no reason to take any chances whatsoever."

Knowing the signs and symptoms is important because helmets only really help with fractures or other types of skeletal head trauma, not concussions.

Prevention doesn't begin on the field or in the locker room, but in the weightroom with neck strengthening.

"The stronger your neck is the less likely you'll be to have some rotational force that might contribute to a concussion," Sharp said.

If anyone suspects that a player suffered a concussion or other type of head injury during practice or a game, they are immediately pulled.

"Actually, we've had a couple this year, so immediately, we as a staff, put them with our team doctor," Sharp said.

Over the years, Sharp has created his own policy when dealing with players who may have concussions: "We take their helmet away. I'm not standing there with them the whole time because there's still action going on on the field, so I figured I'd probably notice someone running out without a helmet."

Sharp says that in the 30 years he's been taking the helmets away, he's never had a player attempt to sneak back on the field without their helmet.

If a player is diagnosed with a concussion, they are not allowed back on the field for the rest of the day, and must pass an assesment to make sure they have recovered before they are allowed to return.  This process could take a few days, but Wolf says that the first two weeks after a concussion are when people are more succeptible to repeated injury.