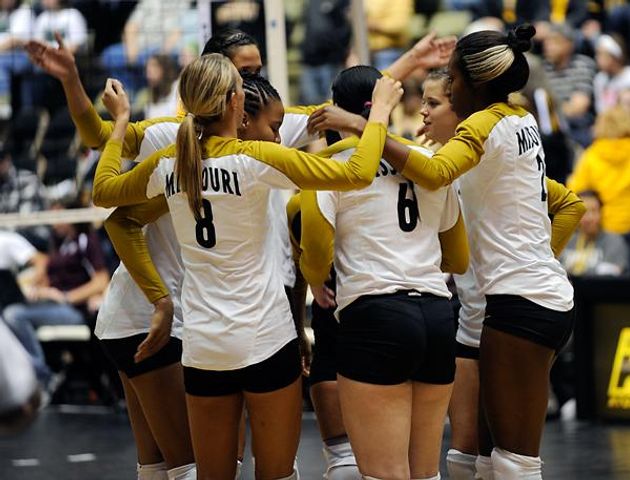 COLUMBIA - The Mizzou volleyball program has announced its schedule for the upcoming season as it will play 32 matches during the year, 11 of which will be played against teams that qualified for NCAA Tournament action in 2010. The Tigers, fresh off of their second-deepest run in the NCAA Tournament in program history, will open the season with the annual Black & Gold Scrimmage on Aug. 19 at 6:30 p.m. at the Hearnes Center.

The regular season will start on Aug. 26 as Mizzou will play host to the annual Tiger Invitational at the Hearnes Center. Joining the Tigers at the annual tournament will be Binghamton, Idaho State, Tulane and defending Summit League Champion North Dakota State, which played in last year's NCAA Tournament. Following the first weekend at home, Mizzou will then travel to Murfreesboro, Tenn., for a non-conference match with Middle Tennessee State on Sept. 1. The Blue Raiders are the defending Sun Belt Champions and also played in the NCAA Tournament in 2010.

The Tigers will then stay in Murfreesboro for the Middle Tennessee Blue Raider Bash where they will play Austin Peay, East Tennessee State, Florida International and Auburn. Austin Peay is coming off of an NCAA Tournament berth last season as it won the Ohio Valley Conference title.

Mizzou will then play in two more tournaments before opening Big 12 play with the first stop coming at the Denver Pioneer Classic on Sept. 9. At Denver, the Tigers will play Drake, UT-San Antonio, UC Davis and Denver. The Tigers will then head to the east coast for the American Classic in Washington DC on Sept. 16. Mizzou will play a pair of NCAA Tournament teams that weekend - Western Kentucky and American - along with Villanova.

Mizzou will open Big 12 play against Iowa State in Ames on Sept. 21 before returning home for two straight home contests against Texas A&M and Kansas State on Sept. 24 and 28, respectively. The Tigers will then head to Norman, Okla., and Waco, Texas, to play Oklahoma and Baylor before returning home for two more home matches with Kansas (Oct. 12) and Texas Tech (Oct. 15). The Tigers will close the first half of Big 12 play with Texas on Oct. 22 in Austin.

The second half of Big 12 play begins with a road date at Kansas State on Oct. 26. Mizzou will then host Oklahoma on Oct. 29 before heading to Lawrence, Kan., for the second meeting with Kansas in the MU-KU Border Showdown on Nov. 2. Baylor and Iowa State will then visit the Hearnes Center for back-to-back matches on Nov. 5 and Nov. 9 before the Tigers head back on the road to play Texas A&M on Nov. 12.

Following the trip to College Station, Mizzou will return home for its final regular season home match on Nov. 19 against Texas. The regular season finale for the Tigers will be played in Texas Tech on Nov. 26.