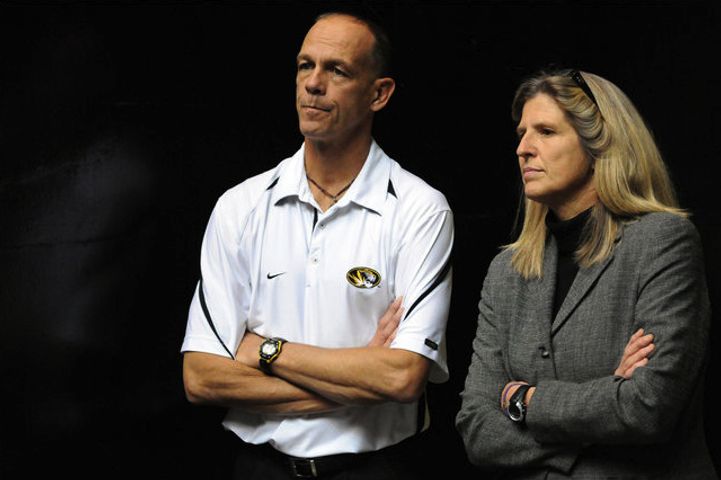 "I was disappointed in our effort tonight," head coach Wayne Kreklow said. "We played like we did in practice over the last few days and we just weren't very good. We came out slow and fell behind from the start. We need to do a better job of coming in focused and ready to play. Overall, I was just pretty frustrated by our effort."

Aside from Henning, Mizzou was led offensively by freshman Emily Wilson and senior Brittney Brimmage who finished with 14 and 12 kills, respectively. Brimmage tallied her 12 kills on .391 hitting. Sophomore setter Molly Kreklow spread 56 assists in the loss while pulling in 15 digs for her team-leading sixth double-double of the season.

At the net, the Tiger block was strong highlighted by freshman Whitney Little who matched a career-high with seven blocks (one solo, six assists). Henning also pitched in six more as she accounted for a match-high 28 points. Wilson and Brimmage each pitched in five blocks as well. Wilson's five blocks matches her career-high which was set against Texas A&M last Saturday.

Defensively, Mizzou was led by senior libero Priscilla Armendariz who pulled in 18 digs as she is now ranked among the all-time top-10 in program history in career digs. Kreklow was next-best in the back row with her 15 digs while freshman Sarah Mesiter pitched in nine more. Henning finished just two digs shy of a double-double with eight digs.

Mizzou won a thrilling first set, 33-31, marking its longest set of the season. The Tigers rallied from down, 20-15, to come back and win that set. But Kansas State recovered following the thrilling first set as it took the second, 25-20. KSU hit .297 with 16 kills while holding Mizzou to just 11 kills on .176 hitting in the second.

The third set was much like the second as Kansas State escaped with a 25-21 set win due in large part to its attack that posted 20 kills on .381 hitting. But Mizzou responded with a 25-19 set win as it held Kansas State to just .064 hitting in the fourth, forcing a decisive fifth set. The Tigers ran out to a 7-5 lead in the fifth before KSU called for a timeout. Following the stoppage, KSU ran off two straight, but Mizzou scored the eighth point of the set on a side out to take an 8-7 lead as the teams switched side.

But from that point, it was all Wildcats as they scored 8 of the last 13 points to win the set, 15-12, clinching the match. Mizzou will be back in action a week from today at Oklahoma. The match is slated for a 7 P.M. start.