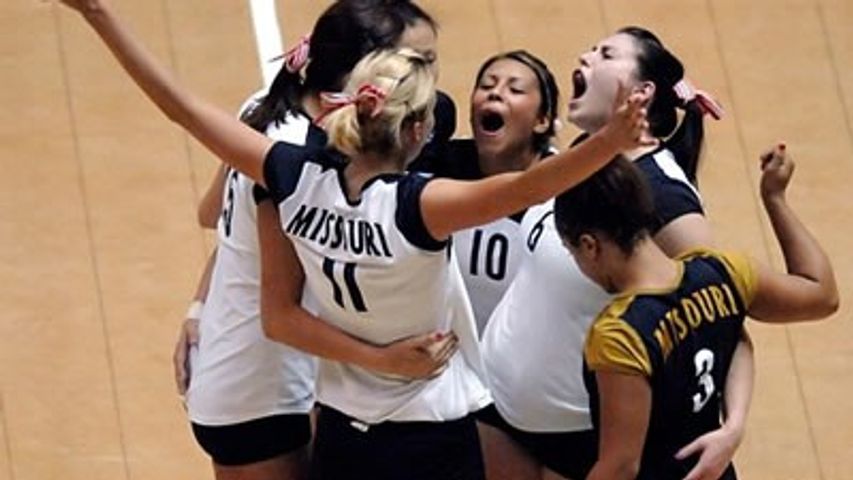 In all, Mizzou hit .415 over the course of the tournament while limiting its opponents to .119 hitting. Kreklow helped her team attack the net, averaging 12.42 assists per while Sophomore Lisa Henning led the way for the Tigers on the weekend with 47 kills on .402 hitting along with 23 digs and seven blocks. Wilson made her season debut with .488 hitting average with 46 kills and seven blocks. Brimmage led the team with a .538 hitting percentage on the weekend with 33 kills and nine blocks as well. Freshman Katie O'Brien also pitched in 23 kills on the weekend as well.

The Tigers averaged 2.50 blocks per set and 11.83 digs per set. Senior libero Priscilla Armendariz led the way with 44 digs on the weekend while freshman Jade Hayes pulled in 30. The Tigers' block was led by freshman Whitney Little who had 15, averaging 1.25 per set.

Mizzou will be back in action next week as it takes on Middle Tennessee State on Thursday in Murfreesboro before taking part in the Blue Raider Bash over the weekend.