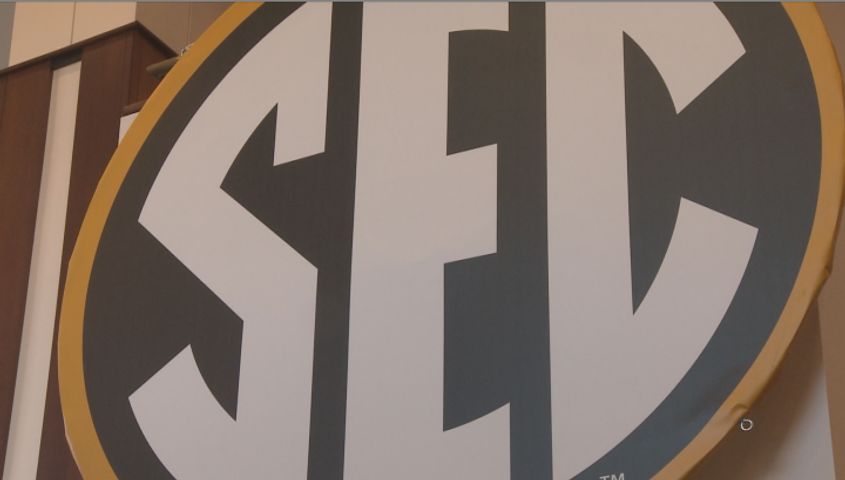 ATLANTA - The last two games of Auburns season will go down as the single greatest finish to a season.

First, against Georgia, after blowing a 20 point fourth quarter lead, Auburn faced 4th and 18 and quarterback Nick Marshall tossed up what seemed to be a prayer.As two Georgia defenders converged on the ball, Auburn's fate looked seal.

"It's not over till you hear that final buzzer," Auburn Offensive Lineman Avery Young said.

Both Georgia defenders batted the ball in the air and right into Auburn Wide Receiver Ricardo Lewis's hands. Auburn's sideline erupted and their SEC Title hopes continued to ficker.

With two weeks to prepare for their toughest test, their arch rival the Alabama Crimson Tide. With the game tied at 28, Alabama lined up for a game winning field goal. The kick wound up being short, but Chris Davis snuck back to the goal iine and retrieved the field goal. After noticing that not too many Alabama players on the field could catch him, he sprinted 100 yards up the left sideline and officially labeled Auburn as a team of destiny.

"I'd say we blessed. Some people say it's luck but I think honestly we blessed," Long said.

But when do you draw the line between team of destiny and team of luck?

"I know there are a lot of crazy things that have happened, but I wouldn't call it luck," Auburn Fullback Jay Prosch said.

"The only thing with luck it doesn't matter in the win and loss column," Missouri Defensive Lineman Shane Ray said, "But hey they've put in the work and you know they came out on top. But you know, I don't think there will be any luck Saturday, it's just going to be two teams going out and playing hard for four quarters.