MO Career Center, Columbia, locked down due to disturbing messages 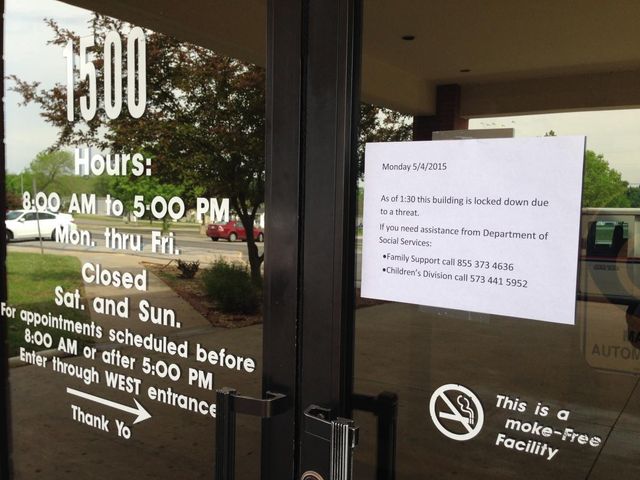 COLUMBIA- The Columbia Police Department responded to the Missouri Career Center on Vandiver Drive around Noon Monday after they said disturbing messages were left on the office's voicemail.

After receiving the messages, police said the office workers placed themselves on lockdown and contacted CPD.

The police were trying to contact the subject who left the messages to check on their well-being.

KOMU 8 crews at the scene reported all doors to the center were locked to people from the outside and people appeared to be inside. A sign on the door read, "As of 1:30 [p.m.] this building is locked down due to a threat."

The Missouri Career Center said it will remain on lockdown through the close of business Monday. It anticipates to reopen Tuesday at 8 a.m.

Workers inside who exited the building, which also houses the driver examination office and other businesses, said people are not allowed in without a badge, but people have been allowed to exit the building.

[This story is being continually updated with the latest information available.]