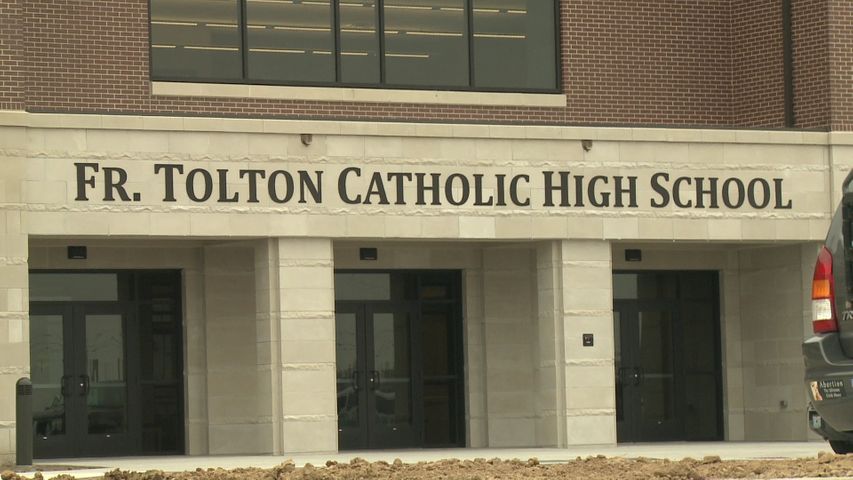 COLUMBIA - Catholic groups statewide have begun to rally around a proposed ballot initiative which would give incentives to Missourians who make donations to non-profit groups that support schools.

Barbara Swanson of Jefferson City submitted the petition and the Secretary of State's office has approved it for circulation. Swanson is a former superintendent of Catholic schools in the Jefferson City diocese.

The proposed ballot initiative would give state tax credits to individuals or businesses who donate to educational foundtions or non-profit groups.  Donors would receive a tax credit worth 50 percent of the total dollar amount of their donation.

The donations would have to go to foundations that use the funds they raise to improve programs in public schools or to those that use the funds to offer scholarships to students who want to attend private or parochial schools. Donors could also receive the tax credit if they give to a foundation that enhances special education programs for children with disabilities.

Father Tolton High School Principal Kristie Wolfe said the proposal would make tax time fair for parents who pay private school tuition because they could get state tax credits for donating to something they believe in instead of paying a full tax bill that will mainly fund K-12 public education.

"All of our parents are obviously taxpayers as well, and when they pay tuition to our school they're kind of paying twice," Wolfe said. "And so this sort of initiative like this sort of levels the playing field for private schools like ours."

If the proposal passes, a parent who wants to donate $1,000 to a scholarship fund at their child's school would be eligible for a $500 state tax credit.

According to Missouri Ethics Commission records, the Missouri Catholic Conference donated $11,000 and the Archdiocese of St. Louis donated $300,000 during the week of October 7 to Missourians for Children's Education, a new committee which was created to garner support for the initiative.

Swanson has a background in both public and private education and told KOMU 8 News all schools have fallen on rough financial times. Swanson said public schools are affected by lower state appropriations and private schools struggle when parents have a tougher time paying tuition.

Although Catholic groups have been the most active in advocating for the proposal, Swanson said public schools would actually see the greatest benefit.

"We try very hard not to exclude parents who can't afford it, parents who would struggle with the tuition load, but we have limited resources to help those families," Wolfe said. "With an initiative like this, we can build our foundation, we can help parents no matter their financial circumstances to afford this choice if that's what they want for their children."

The Jefferson City diocese will hold listening sessions next month to discuss whether it should build a new Catholic elementary school in Columbia.