Mo. Department of Conservation Promotes Kids Playing in the Dirt 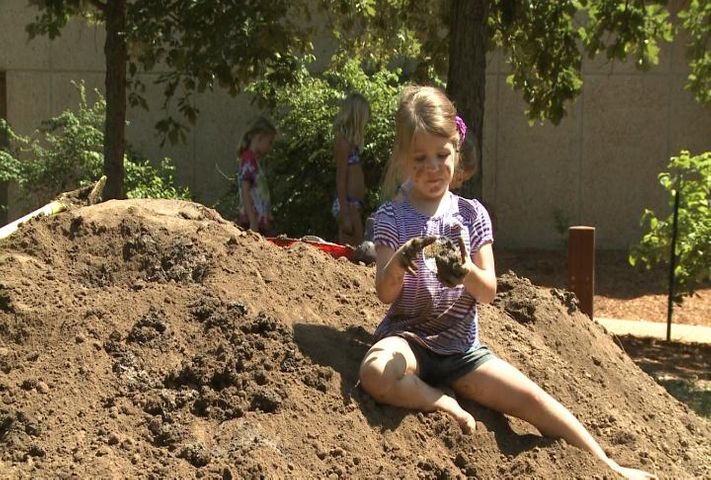 JEFFERSON CITY - The Missouri Department of Conservation hosted kids and their parents Wednesday morning at the Runge Nature Center to educate them on the importance of playing outside.

Grumm explained Louv's theory about how the trend of kids' disconnect from nature has increased cases of depression, obesity, and attention deficit disorder (ADD).  Grumm agreed with the natural world's healing abilities.

"It's always going to be a balance.  Medication is great, and it has its role, but so does nature. And, it's a very powerful medication," Grumm said.  "In my readings, as well as in my own experience, watching kids outdoors, the kids who sometimes have problems with ADD indoors, and are labeled 'troubled kids' ...well you get them outdoors, and they're a totally different person often times," said Grumm.  "And, sometimes they end up being the leader."

Grumm let parents who participated to get dirty, too.  While, their children played nearby, the parents formed "seed balls" out of mud and native wildflower seeds.  Parents could take the seed balls home and plant them to continue inspiring engagement with nature.