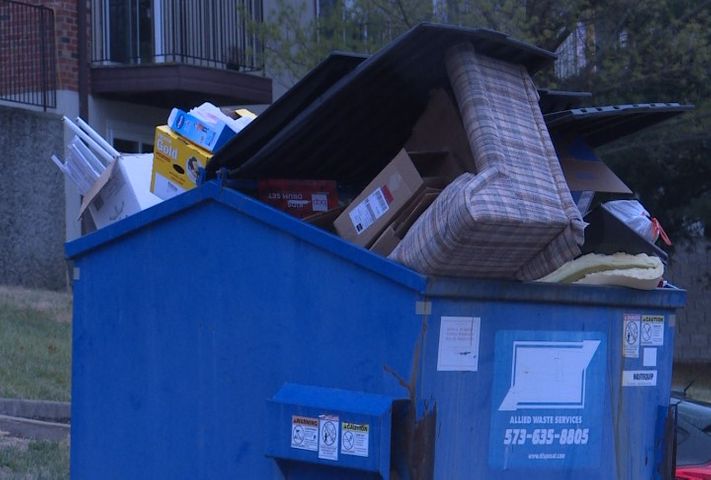 JEFFERSON CITY - According to Missouri's Department of Natural Resources, Americans produce an extra 25 million tons of garbage, or about one million tons of waste per week, from Thanksgiving to New Years.

This isn't a new problem, but this year the department has been trying to raise awareness using social media and education programs to make people conscious of the consequences of their holiday fun.

Mike Parris, Missouri’s Department of Natural Resources' environmental manager of the solid waste management program, said the department's goal is to get people to minimize the amount of waste produced during this time.

"It's all about teaching what teachers are even teaching young children; reduce, reuse and recycle," he said.

Parris said that even making slights changes in these areas can significantly reduce the amount of garbage produced, like reusing wrapping paper from other holidays into the New Year, and choosing to recycle boxes instead of throwing them away.

Parris also stressed choosing to use rechargeable batteries, as regular ones can leak harmful toxins into the ground in landfills.

He said the department urges people to consider using tree recycling programs or visiting decomposition sites when disposing of Christmas trees over the next few weeks.