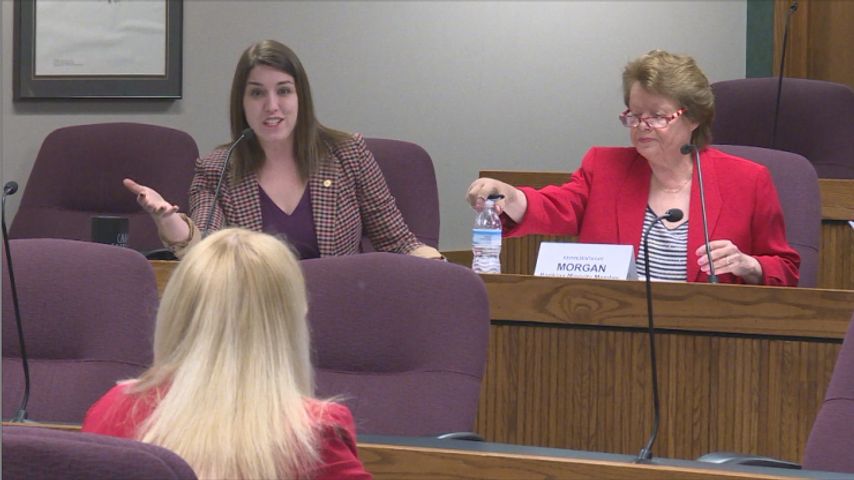 JEFFERSON CITY - House Democrats in the Missouri General Assembly are raising concern over 10 acts Republicans are advancing that impact the ability to change law through initiative petitions.

“I believe the initiative petition process is the citizen's way to hold us elected officials accountable," said Rep. Crystal Quade, House Minority Leader, D-Springfield. "For us, the legislature, to come in and add barriers and make it more difficult -to add fees- so that the average citizen can't participate, I do believe it's a direct threat on democracy."

The House Elections and Elected Officials Committee met Wednesday at the Capitol to discuss these resolutions and bills.

House Bill 290 took up the majority of the hearing Wednesday morning. The bill would require a 500 dollar filing fee for each petition sample sheet and an additional fee of $25 for each page in excess of 10.

It would also require a warning text on all petitions reminding voters it is a class A misdemeanor, punishable by up to a year in jail and a fine up to $10,000, to sign a different name, or for a knowingly unregistered voter to sign.

Republican Secretary of State Jay Ashcroft defended the bill. He said he understands Democrat's concerns and is trying to convince them he is not out to make the process harder.

"I don't want to make it more difficult or unreasonable for people to get something on the ballot," Ashcroft said.

He's more concerned with the way in which initiative petitions amend the constitution.

"We frequently have primaries and elections where there can be a constitutional amendment on the ballot where you have 30 percent or less turnout," Ashcroft said. "If it's 30 percent, and you need a simple majority, then that means it only takes 15 percent of the registered voters to decide what our state constitution is."

Ashcroft also echoed something his party has said in the past, that his office cannot handle the high volume of petitions it receives. He believes bill 290 could limit the amount of impractical petitions they receive.

"When we asked him in committee about how many frivolous filings there are, he couldn't give us any examples except for one," Quade said.